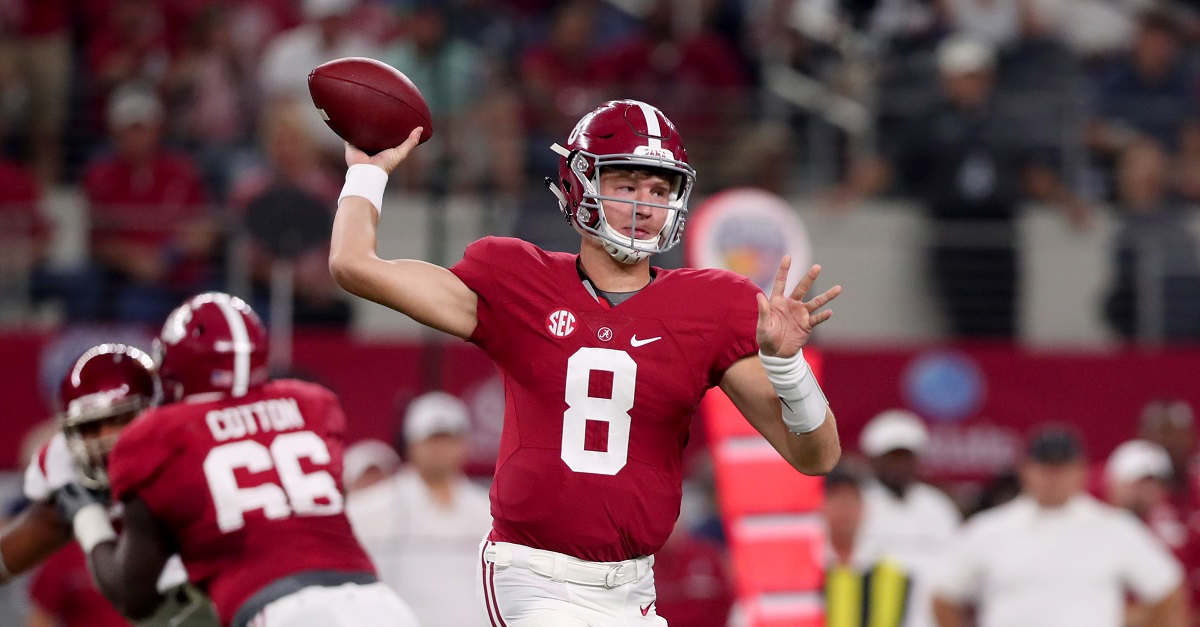 It looks like former Alabama quarterback Blake Barnett has taken the next step in his college football career.

The 2016 opening game starter for the Tide has since transferred from Tuscaloosa, and it looks like he has an official visit coming up in on of the most critical weeks of college football. On Friday, Barnett will settle in Pullman, WA for an official visit to Washington State when they play Washington in the Apple Cup.

Barnett’s recruitment as a transfer could be very interesting, as he may only be required to sit out the first four games of 2017 due to the timing of his decision earlier this year. Barnett made the decision to leave Tuscaloosa once it became apparent that freshman Jalen Hurts had definitely won the starting job for Nick Saban and the Crimson Tide.

Related: LSU has reportedly made a contract offer to the Tigers’ potential next head coach

Barnett has reportedly taken visits to Arizona State and Oregon already. The former five-star recruit appears to be interested in heading to the Pac-12, which would be closer to his family’s home in California.

It’s unclear if Washington State is the favorite at this point, but Barnett — as a pocket-passer — would fit in well with Mike Leach’s pass-heavy offensive attack.