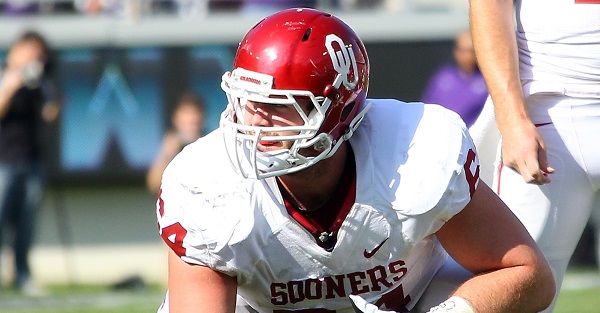 Gabe Ikard is currently employed as an NFL offensive lineman for the Cleveland Browns, but the former Oklahoma star presumably holds his alma mater in high esteem. With that in mind, Ikard is perturbed about a situation involving a top prospect and a flip to LSU.

The nation’s top inside linebacker prospect, Jacob Phillips, made the controversial decision to flip from Oklahoma to play his college football at LSU on Thursday. In the immediate aftermath, Ikard took to Twitter and fired off a theory about what happened to inspire that decision.

Best thing about @OU_CoachStoops:no matter how many stars you have, he's not going to cheat to get you.
Man of integrity. Love him.#Boomer

This would not be the first time that members (or even alumni) of one program pointed the finger at another for weird circumstances around a recruiting defection. While there is some conceivable wiggle room around painting Bob Stoops in a saintly light, reading between the lines isn’t terrible difficult to do. Ikard is a current NFL player that is painting a crystal clear picture of what he thinks happened here and that makes the entire recruiting world take notice.

It is (very) important to point out that nothing is confirmed or even being investigated at this point, but LSU is under verbal fire from an NFL player about recruiting and it isn’t even National Signing Day yet. Grab your popcorn and settle in.