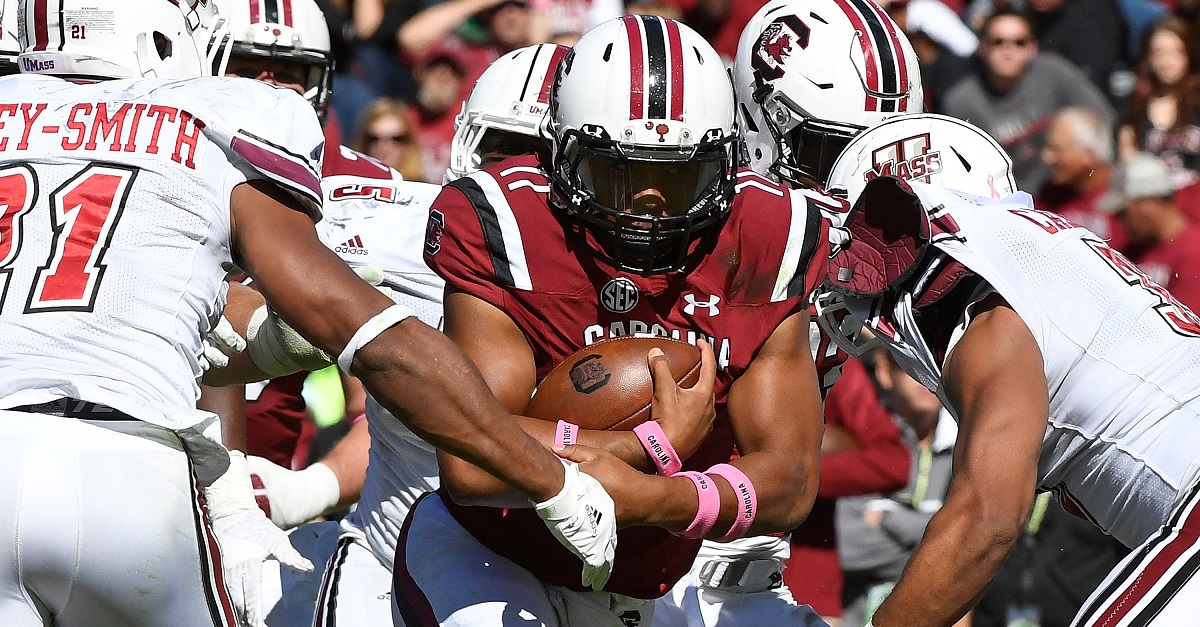 Related: Former starting SEC quarterback transferring after only one year

Steve Wiltfong of 247Sports reported McIlwain is interested in Baylor, Virginia, Cal and Arizona for his next stop. He noted that McIlwain strongly considered Cal during his recruiting process.

“We are going to wish him well,” Holbrook told SEC Country. “He’s going to have a great career in whatever sports he chooses. “

McIlwain threw for 600 yards, two touchdowns and an interception last season as a freshman.