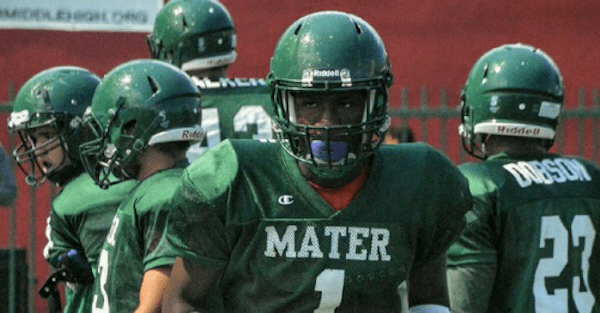 It looks like this recruit has had some second thoughts about his commitment.

After a three-month long commitment, four-star cornerback Latavious Brini (6-foot-2, 200 pounds, Hialeah, FL) announced on Thursday morning that he had decommitted from Georgia.

This could get interesting, because Brini is one of the most sought after recruits in the country. He still has 33 offers on the table, including ones from powerhouses like Florida State, LSU, and Notre Dame. The current favorite to get him, though? Miami and former Georgia head coach Mark Richt.

The loss of Brini puts Georgia back down to 15 commitments for the 2017 class, but fear not, Bulldog fans; Georgia’s class still ranks third in the nation over at 247Sports.