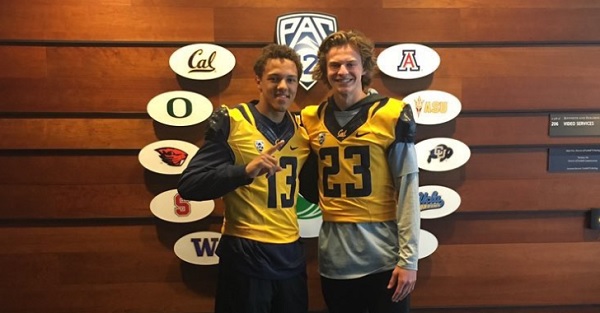 It looks like one of the top quarterbacks of the 2018 class is back on the recruiting market.

#ESPN300 QB and No. 32 overall @MartinezTheQB has decommitted from #California … https://t.co/VIiaO717IA

I've come to the realization that not everyone will understand my choices and that's okay as long as I understand why I made them.

The decommit comes after Martinez took a visit to Tennessee during their spring game festivities last weekend. Martinez has yet to name a new leader or any new contenders since he reopened his recruitment, but 247Sports’ Crystal Ball is currently listing the Volunteers as the new favorite.

In addition to Tennessee, Martinez also has offers from Alabama, Arizona, Georgia, and Ole Miss, among others.

Martinez is rated as a Top 10 quarterback by both ESPN (No. 3) and 247Sports (No. 7). He is a consensus four-star across all major recruiting services.