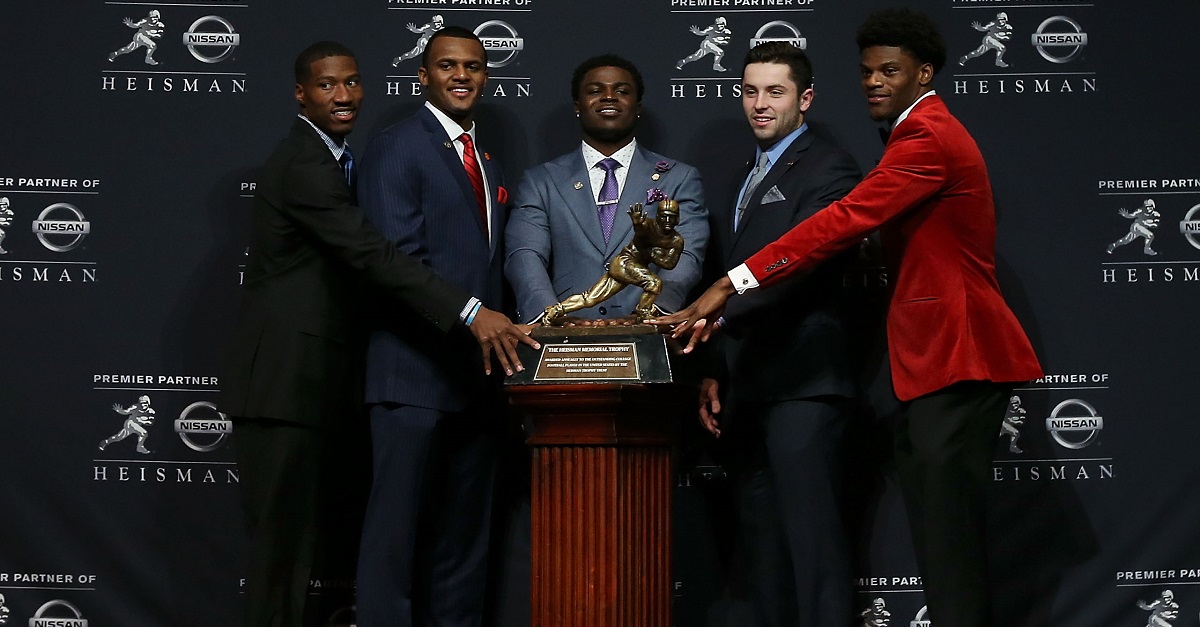 Jabrill Peppers has been seen as a top-flight NFL Draft prospect for some time. In fact, ESPN’s Todd McShay once placed the do-everything former Michigan star as the No. 4 overall player on his board when it comes to the 2017 class. However, McShay has apparently soured considerably when it comes to Peppers’ stock and that manifested itself with the release of his Mock Draft 3.0 on Wednesday.

Related: NFL scout on Jabrill Peppers — “We get fired for mistakes like that”

Peppers isn’t included… at all.

It isn’t that wild to consider that Peppers would fall out of the mock, simply because it covers only the first round but this is still a precipitous drop. There have been concerns about Peppers from a positional standpoint, as he is fairly slight in stature while playing almost exclusively at the linebacker position during his final college season in 2016.

Still, it is jarring to note that the Heisman Trophy finalist might not be selected within the first 32 picks in late April. Michigan fans would undoubtedly point to his amazing versatility and even his ability to make plays offensively and in the return game. The NFL world, though, requires some measure of predictability when it comes to where he will play on the field and, without it, drops like this can happen to even the most talented players.