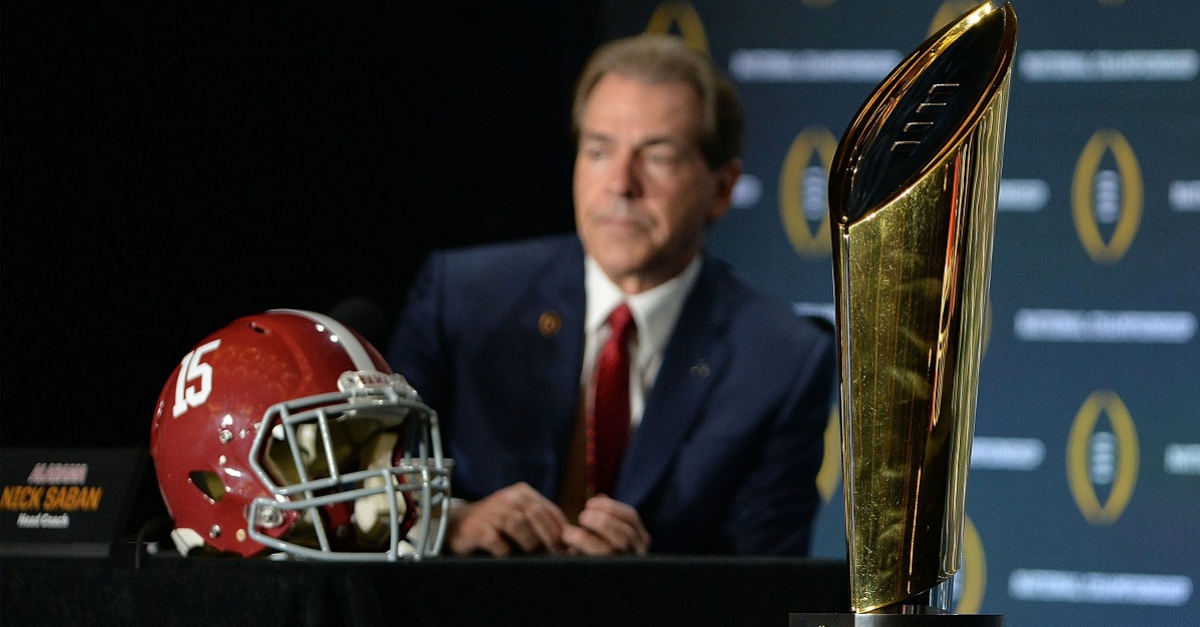 The College Football Playoff Final is upon us, as No. 1 Clemson and No. 2 Alabama will face off at 8:30 p.m. on ESPN. The Vegas line has held steady for the past 10 days, as Alabama is still a touchdown favorite in most Vegas sports books.

However, what about all of the crazy prop bets? Who scores first? Margin of victory? Derrick Henry’s rushing total? Well, the folks at Bovada have some of these up and we are going to bring you the best ones in case you you are in a bit of a gambling mood for this game.

This is a bit of a stupid bet, because it depends a lot on the coin toss (which has it’s own line: Alabama -105, Clemson -105). That said, I’m going to take Clemson with a field goal as the first score.

Some of the other popular options here are Derrick Henry (+250) and Deshaun Watson (+1000), but I’m going to say a Jake Coker pass to Ridley accounts for the first touchdown of the game.

It’s hard to go by averages when you put someone up against Alabama’s defense, but Watson averaged over 260 yards passing per game this season. I don’t think he can get over 300, but I think over 240 is a safe bet.

Now here is where things get interesting, and remember this: sacks count against a quarterback’s rushing yardage. Watson is one of the best rushers in college football out of the quarterback position, but Alabama is also the best defense in the nation when it comes to sacking the quarterback. My feeling is Watson will be able to escape trouble with his feet a lot, but he won’t be getting a lot of yards out of it when he does. Going under.

We all know that Henry was a beast this season, and this number is almost exactly his average for rushing yards per game this year (147.2). However, Clemson might be the best defense that Alabama has seen so far, and even if it wasn’t, that is still a LOT of yards to go over. Going to say under here.

Both teams drew about six flags per game this year, so there is no real “discipline” advantage here for either. I did pick Clemson to get the ball first, though, so that puts them at odds to draw a holding or false start penalty before the Crimson Tide have that opportunity.

Well, if you have been keeping track, you know that I picked Clemson to score first. Now all we need is a margin of victory…

There are a load of options here, including Clemson by 43-plus at +10000. However, I’m picking Alabama to win in a very close game. At least, I hope; most bowl games have been one-sided affairs this year, so it would be nice to have a close game tonight. I’m specifically going to say Alabama wins 27-22.