If Texas misses on Tom Herman, an NFL coaching legend is reportedly in the running for the Longhorns job 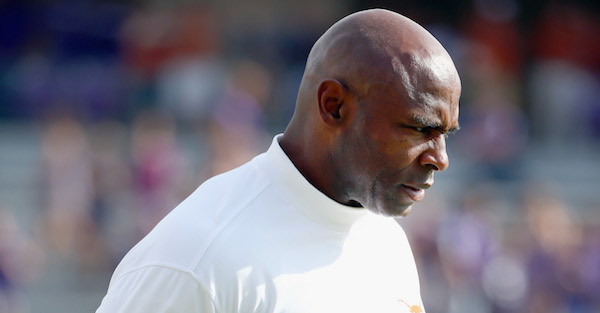 After weeks of will they or won’t they, Texas will have an official decision to make after Saturday’s season-finale against TCU.

With a win over TCU, Strong could reportedly save his job. Otherwise, reports are circulating that if Houston’s Tom Herman is off the table, the Longhorns could target an unlikely name — ESPN analyst Jon Gruden:

Are y'all ready for this? Know whose name is back in the mix if Texas misses on Tom Herman? Jon Gruden. Really. #grumors

If Texas does can Strong, they’d need to counter with a big hire and Gruden certainly constitutes as that.

Gruden has previously called the University of Tennessee a dream job, but we’d imagine the Texas gig could rank pretty high up there.