Miami’s Turnover Chain Cost is a Secret, But It’s Definitely Not Cheap 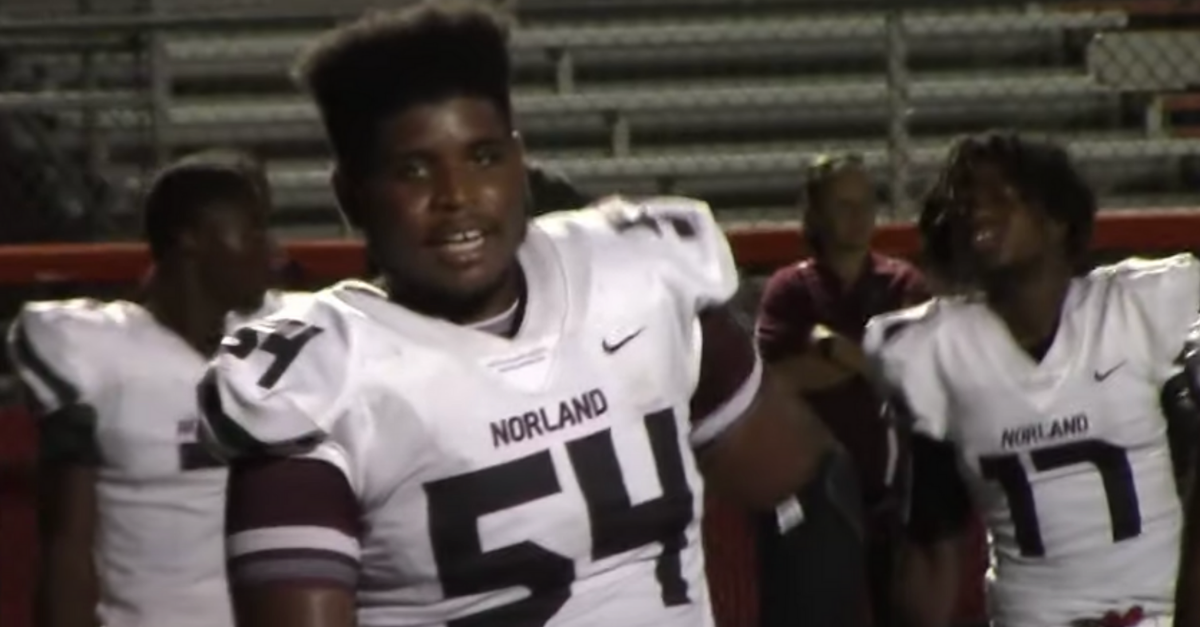 Heading into the 2020 college football season, the Florida Gators were looking to add talent and depth to the offensive line. It was a priority for head coach Dan Mullen and offensive line coach John Hevesy to find top-notch prospects to fill some gaps. One player who was expected to help immediately is offensive tackle Issiah Walker Jr., but it appears he is no longer an option.

Walker, a four-star recruit from Miami Norland High School, has already entered the NCAA Transfer Portal, according to 247Sports. The Florida freshman and early enrollee had just arrived to Gainesville in January, but all signs point to him leaving the program before the team’s first practice.

Perhaps the coronavirus pandemic and COVID-19 outbreak played a factor in the decision, especially since Florida football canceled its entire spring game and practice schedule. However, he will now be looking to take his talents to another big-time school.

RELATED: Nation’s No. 3 Cornerback Down to 3 Powerhouse Schools

At 6-foot-4 and 300 pounds, offensive lineman Issiah Walker Jr. was a huge part of Florida’s 2020 recruiting class. He had several big-time offers and even committed to South Carolina at first, but signed with the Gators during the Early Signing Period in December.

Walker was one of three early offensive line enrollees for the Gators, including four-star tackle Joshua Braun and three-star guard Richard Leonard. Instead, he now joins former five-star prospect Chris Steele as Florida signees to leave the SEC campus before ever suiting up.

In addition to Florida and South Carolina, Walker also had offers from Auburn, Florida State, Illinois, Kentucky, Louisville, LSU, Maryland, Miami, Mississippi State, Ohio State, Penn State, and UCF, among others. Maybe he simply had a change of heart and wants to play somewhere else.