J.T. Barrett projects as a potential Heisman finalist if you believe these numbers 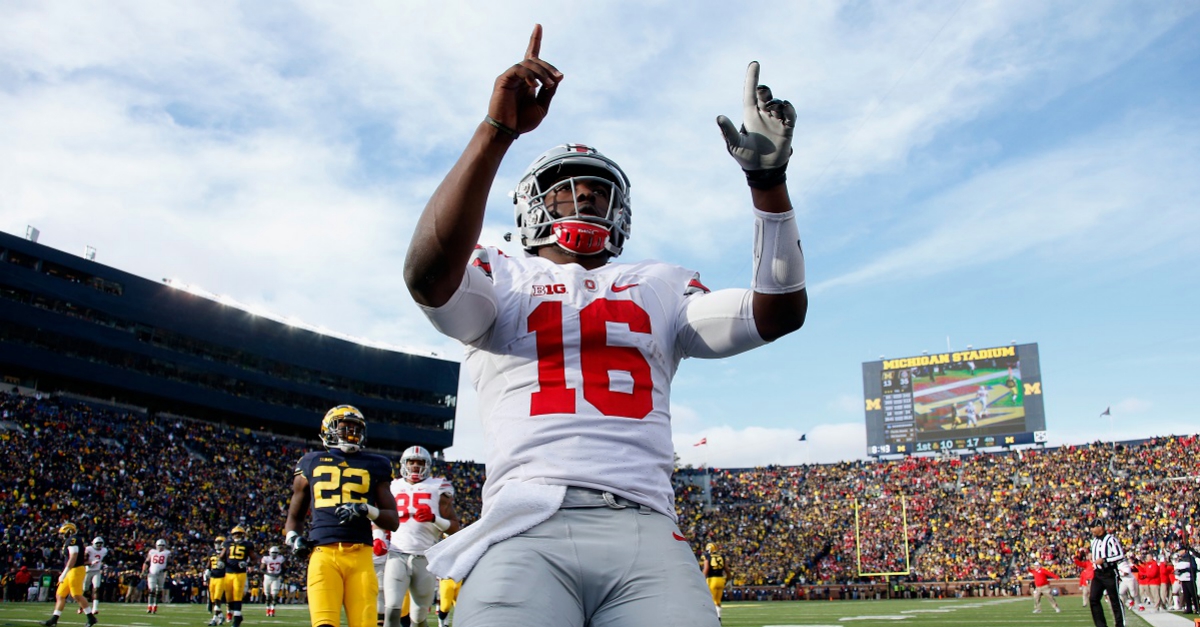 Projecting what will happen with the Heisman Trophy is wildly difficult on an annual basis. Of course, there are some seasons in which a preseason favorite actually takes home the hardware, but most of the time, the winner comes from somewhere other than “pole position” and that isn’t good news for LSU running back Leonard Fournette or Clemson quarterback Deshaun Watson in 2016.

The good folks at Bovada have updated their Heisman Trophy odds for the upcoming season and a familiar face for Ohio State fans lands within the top five. That player is quarterback J.T. Barrett.

While being in the top five doesn’t exactly mean that Barrett would be flying under the radar, it does mean that he projects as a Heisman finalist according to these numbers. Bovada lists Fournette (4-1), Watson (9-2) and Stanford running back Christian McCaffrey (11-2) with better odds, but Barrett falls in a tie with Florida State running back Dalvin Cook for fourth place at 12-1.

Is J.T. Barrett a legitimate Heisman Trophy contender? Absolutely. The signal-caller flashed that ability in placing fifth in the 2014 balloting and even after losing his job a year ago, it would be difficult to question the ability of Barrett to engineer a top-flight offense. Still, it would be tough to project a better statistical season than the one that Barrett turned in during that 2014 campaign (45 touchdowns, for instance) and Ohio State would absolutely need to join the national title conversation to facilitate his candidacy.

The Buckeyes don’t have a ton of established offensive talent outside of Barrett and that sets the stage for the quarterback to nab the credit if things go well. However, these odds present pretty significant expectations for Barrett and his offense, and Ohio State will need to potentially overachieve to meet this lofty bar.