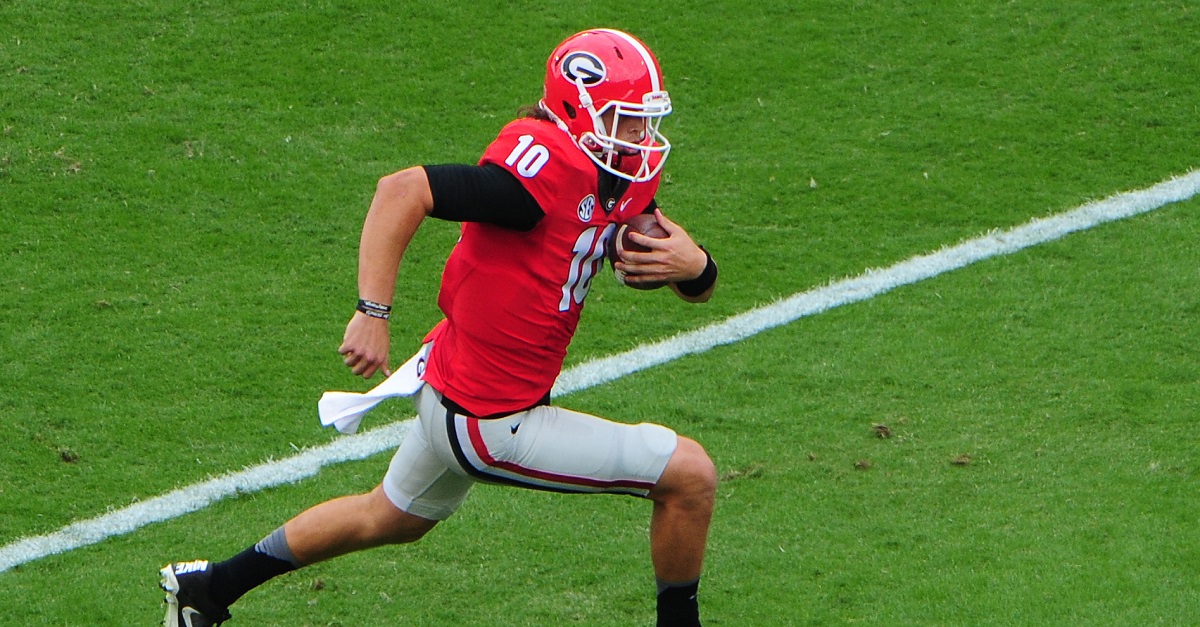 In the early stages of Georgia’s season-opening win over Appalachian State, the Bulldogs suffered the loss of starting quarterback Jacob Eason with a leg injury. From that point forward, things went quite well on the field for Kirby Smart and company but, after the game, the head coach released an official injury update on his signal-caller.

UGA coach Kirby Smart said QB Jacob Eason has a sprained knee but doesn't know extent of injury. "We don't know how long it will be."

Given the way that Eason’s injury looked in the moment, it does not come as a surprise that he suffered a sprained knee. With that said, the ominous lack of a timetable certainly is not ideal for either Eason or his team in general, and it will be interesting to see what kind of information comes out of Athens in the coming hours and days.

Georgia does have a very talented (albeit young) option in backup Jake Fromm, who completed 10 of 15 passes for 145 yards and a touchdown as the leader of the offense against Appalachian State. The five-star prospect does not bring any experience to the table, though, and if he struggles, the return of Eason could be something that a lot of Georgia fans are looking forward to in the near future.