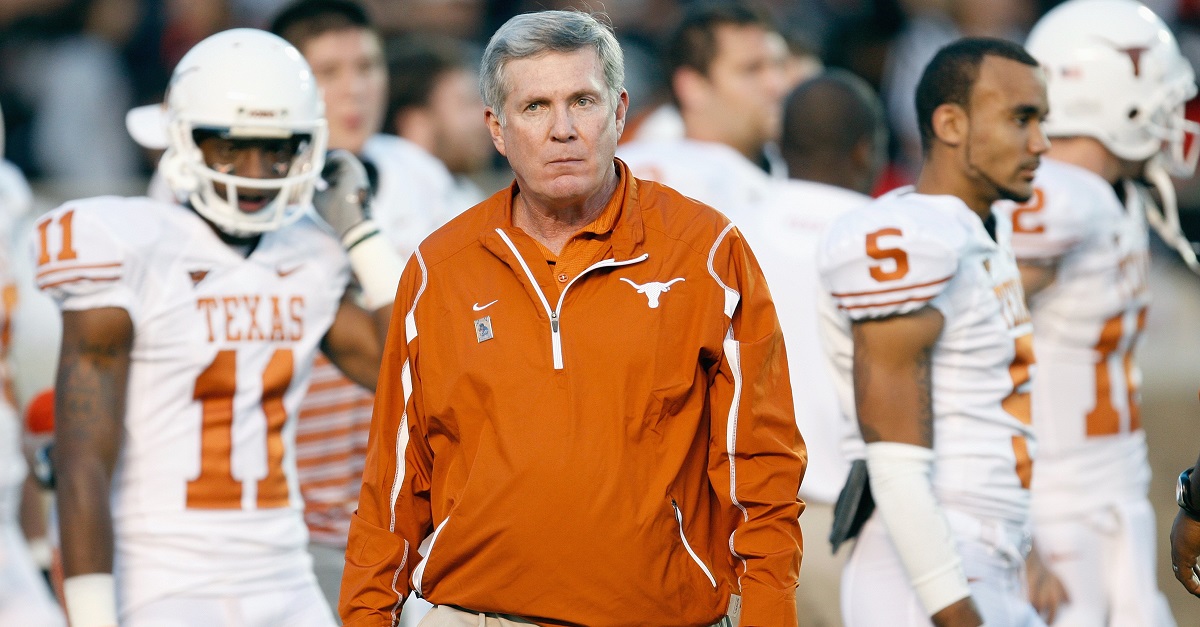 Looks like former Texas Mack Brown is doing his best to take shots at one of his old rivals while he can.

Texas A&M came under fire this weekend when pictures of a slideshow from a women’s clinic hit the internet. The presentation was at best misguided, and at worst, completely sexist and offensive.

On Monday, Brown shamed the Aggies on the Paul Finebaum Show, claiming — among other things — that he had never lost a women’s clinic during his time as a coach.

“Well first Paul, I’ve never lost a women’s clinic,” said Brown. “We had 30 years of them, and there’s supposed to be a positive upbeat. More like a pep rally to talk football and get ready for the season.”

Wait, you’ve never lost a women’s clinic, Mack? Are there standings for this? Is Texas the reigning, defending, undisputed champions of women’s clinics?

Joking on his phrasing aside, Brown does have a point here. These kind of clinics definitely shouldn’t be used to “teach” women about football in a condescending manner. If they’re going to exist, they should be a fun environment for everyone involved.

Brown went on to directly criticize the coaches involved in the making of the presentation, saying that the two coaches — offensive line coach Jim Turner and special teams coordinator Jeff Banks — need more than a suspension to solve this behavior.

“These guys got suspended, but to me, they need counseling,” said Brown. “They need to get some help to make sure they do a better job in their personal lives, so the players will learn better from them how to treat ladies.”

Brown makes a good point. This kind of behavior starts at the top, and if people are expecting players to respect women, then they better hope that the coaches are helping foster that kind of mindset.