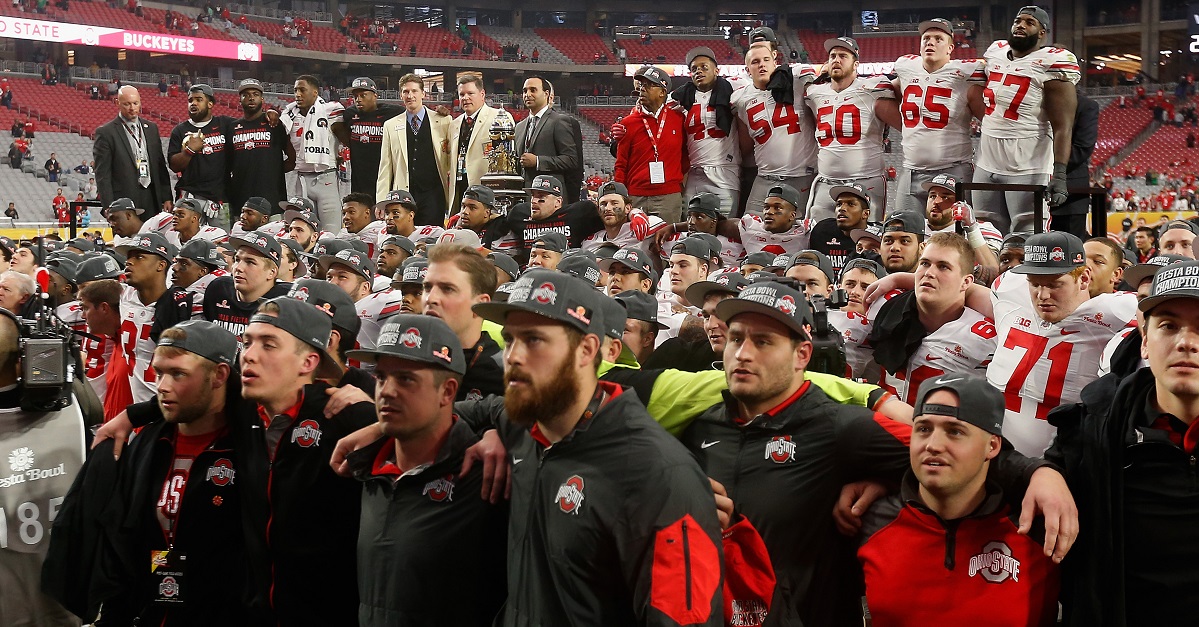 J.T. Barrett is, by a wide margin, the most famous player on the roster for the Ohio State Buckeyes in 2016. However, the former fifth-place finisher in the 2014 Heisman Trophy balloting slots firmly behind two of his teammates when it comes to placement on the SI.com preseason All-American team.

Center Pat Elflein and linebacker Raekwon McMillan were named as first team inclusions on the list, which is particularly noteworthy in the case of Elflein, who is playing a new position in 2016. Both are worthy of this prestigious honor, with Elflein dominating at guard a year ago and McMillan serving as the most accomplished returning member of the Ohio State defense, but it is a bit unsettling to see the most valuable player on Ohio State’s roster nowhere to be found.

It must be said that the quarterback situation nationally is the biggest reason for Barrett’s exclusion, with Clemson’s Deshaun Watson (first team) and Oklahoma’s Baker Mayfield (second team) grabbing the honors under center. Still, Barrett will be relied upon for much of the offensive punch this season in Columbus, and if he is able to reclaim the form that made him a superstar-level player in 2014, the Buckeyes will once again be the team to beat in the Big Ten.