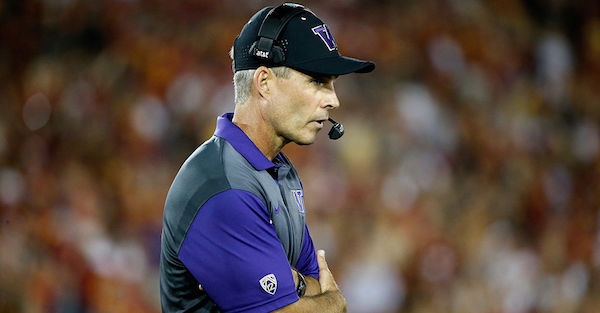 Chris Petersen led Washington to the College Football Playoffs in only his third season in Seattle, and the university has rewarded Petersen with a long term contract.

Related: ?One of the best QBs in the 2018 class? makes his commitment to a rising national power

Petersen signed a three-year extension with the Huskies, and he will make $4.875 for the remainder of the deal. He was set to make $4 million over the next two years, and this new deal should make him the highest paid coach in the Pac 12, surpassing Stanford’s David Shaw.

Petersen is 27-14 at Washington, and the Huskies made a drastic improvement last season. They won the Pac 12, defeating Colorado in the conference title game.

At Boise State, Petersen was 92-12, and his tenure with the Broncos included two undefeated seasons. His career record is 119-26.

Washington will be favored to win the Pac 12 again in 2017. Quarterback Jake Browning returns, as does running back Myles Gaskin and receiver Dante Pettis. With the decline of Oregon in the Pac 12 North, Washington is now the premier team in the division under Petersen.