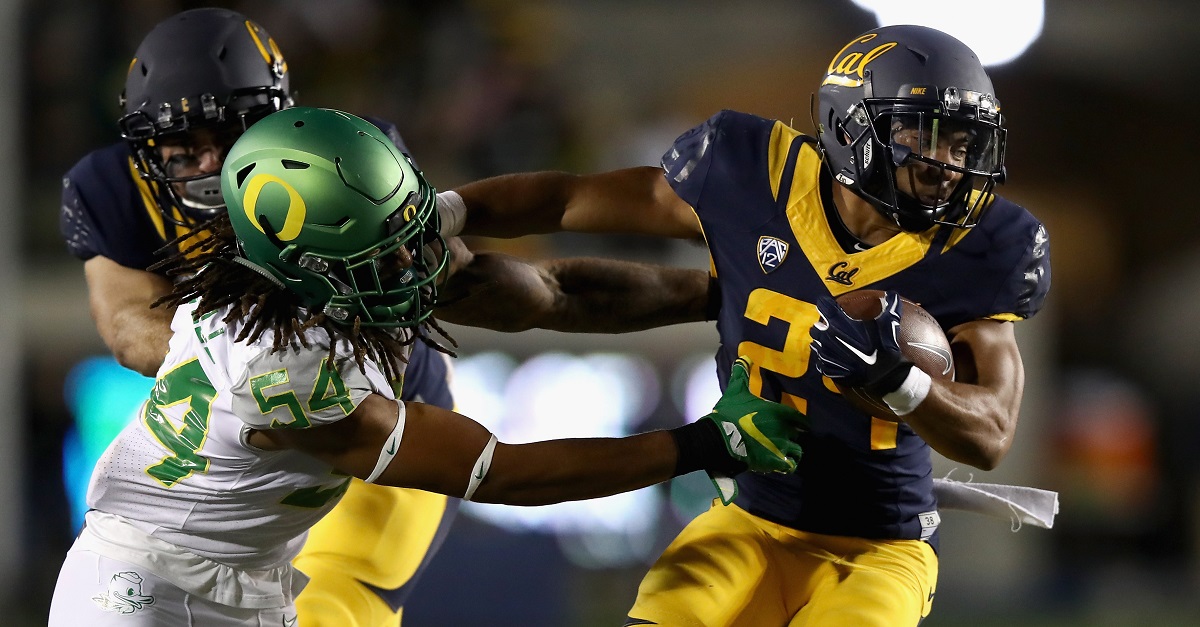 Oregon and Cal were already near a record before last night’s game even started. According to ESPN, the two teams closed at a total points over/under of 89.5 in Vegas, only tailing last year’s Baylor and Texas Tech game for a record high.

Suffice to say, people expected these two teams to put up a lot of points, and boy did they deliver. Not only did the two teams go over by scoring a combined 101 points, but the two set a record for the most offensive plays ever in a game.

Tonight Cal and Oregon combined for an FBS record for most combined plays by both teams (203).

RELATED: Unlike the Pac-12, the Big Ten is actually admitting they got a targeting call wrong

That is a lot of plays and a lot of points, something we have come to expect from late night Pac-12 games. Of course, double overtime helped, but it is still an impressive record between these two teams’ offenses.

As for the defenses…. Yikes!