Paul Finebaum under fire after remarks on Colin Kaepernick situation 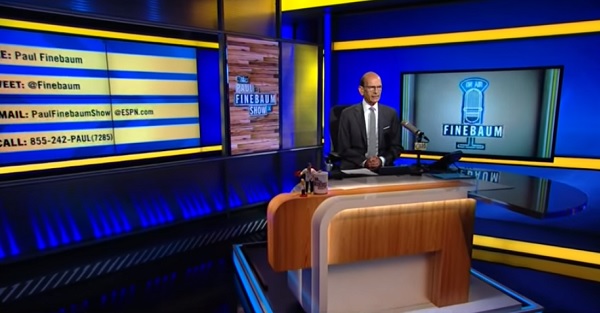 Paul Finebaum often goes off on SEC football, but he has found a new topic this time and it might be getting him in trouble.

Finebaum brought up the Colin Kaepernick controversy on his radio show, as Kaepernick sitting during the national anthem last week has garnered national attention. Kaepernick stated that he sat as a form of protest, as he believes that black people in America are still oppressed and facing unneeded challenges when compared to other races.

Finebaum disagreed, and he made a very pointed statement with his disagreement.

?This country has issues, but this country is not oppressing black people.?

?I think it?s totally disrespectful to sit, and others have said it and will continue to say it, for the men and women that have given their lives for this country. Having said that, I think Colin has every right to do whatever he wants, and that?s what makes America the country that it is.

What?s his beef with society, other than he?s upset with how, in his mind, people are being oppressed in this country??

RELATED: If Kaepernick wasn’t under fire before, he certainly is now.

Joey Galloway, who was on ESPN with Finebaum at the time, obviously disagreed. Many others have also disagreed with Finebaum since, with the most common complaint being that this isn’t an issue Finebaum should be talking about at all.

If anything, it is nice that we got Finebaum’s honest opinion on the matter; that isn’t something you always get from major ESPN personalities. However, it did open himself up to a lot of controversy at potentially the wrong time. College football is just starting up, and Finebaum would probably rather be talking about that over Kaepernick for the next two weeks.