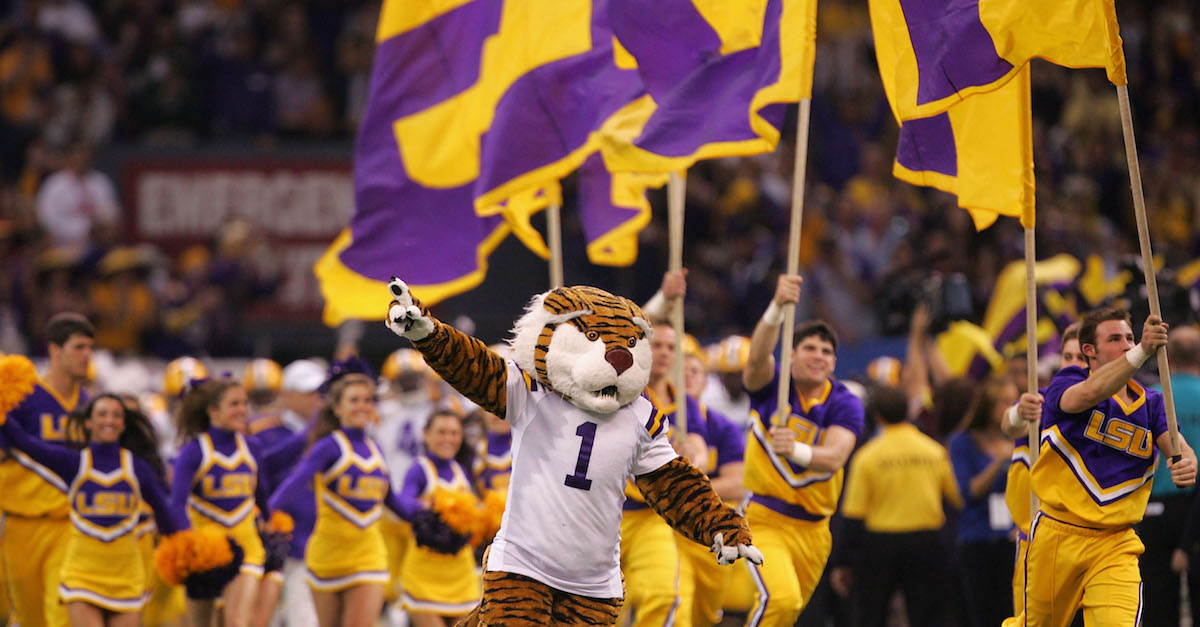 After several months of speculation following the firing of Les Miles, it appears that LSU is down to just down candidates for the head coaching job. According to Ross Dellenger of The Advocate, those two candidates are LSU interim coach Ed Orgeron and Houston head coach Tom Herman.

Florida State head coach Jimbo Fisher was the top candidate for the job just a few days ago, but it appears that Fisher turned down the Tigers for the second consecutive year. Other names like North Carolina’s Larry Fedora and Washington coach Chris Petersen had been floated for the job, but it seems like the Tigers have encountered the two with the most support internally.

Related: If Texas misses on Tom Herman, an NFL coaching legend is reportedly in the running for the Longhorns job

Orgeron has rallied back his support for the job after he seemingly lost it in the defeats to Alabama and Florida. However, after a big win over Texas A&M and a 5-2 record overall as the interim coach, it now appears that Orgeron can realistically keep the job full time. And if he can bring in Lane Kiffin as the offensive coordinator? That would be a coup for LSU.

Meanwhile, Herman is still the hottest candidate on the market, and it is possible that LSU and Texas get into a bidding war for the former Ohio State coordinator. Herman’s Cougars lost their third game of the season on Friday, but Houston is still 22-4 in Herman’s two-year tenure.