Report: New England Patriot fans will have to get ready for a new starting QB 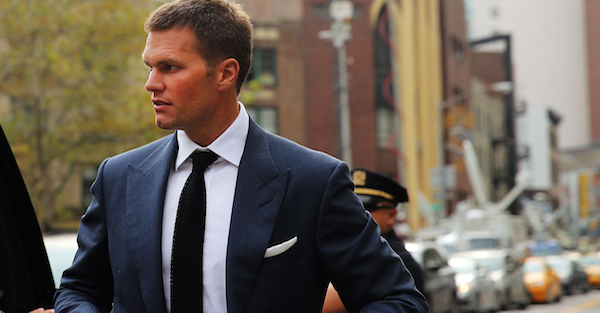 RELATED: A livid Patriots owner Robert Kraft tore into the NFL over DeflateGate

New England Patriots quarterback Tom Brady just signed a new two-year extension with the Pats earlier this week, but it’s looking like he may not even start the 2016-17 season. Brady is undergoing an appeal hearing for the alleged “DefalteGate” incident that occurred during the AFC Championship against the Indianapolis Colts in January 2015. A judge previously overruled the original four-game suspension the NFL handed Brady for the incident, but after the recent appeal hearings, it looks like that suspension will in fact go into effect, according to the New York Post’s Bart Hubbock.

Just got out of the Tom Brady appeal hearing. Get ready for "Patriots starting quarterback Jimmy Garoppolo."

The appeal judges said Tom Brady's explanation of destroying his cell phone "made no sense whatsoever" and was "incredible."

Attorney Dan Wallach, who has been all over this case, predicts a 2-1 loss by Tom Brady with the appeal judges.

If the suspension does in fact go into effect, Brady will return to the team after the fourth week of the season. He would be able to participate fully in the Patriots’ preseason, however. According to Hubboch, the process should take one or two months.