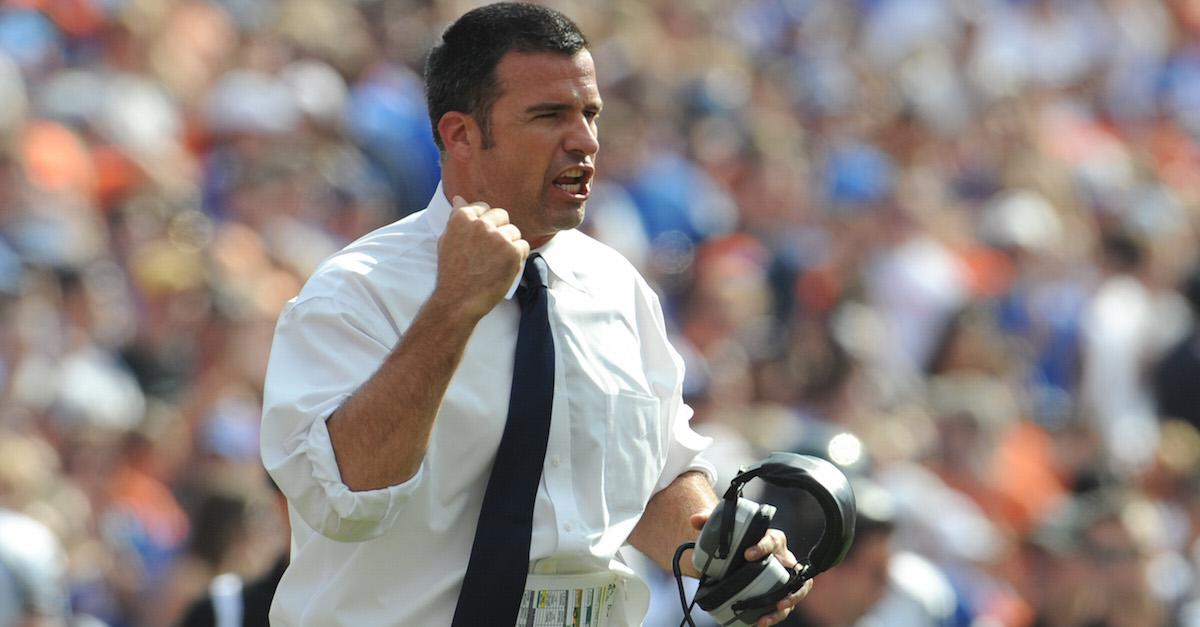 Mario Cristobal is reportedly heading to Oregon to become the co-offensive coordinator, per 247sports.

Cristobal, the former Florida International head coach, has been at Alabama since 2013. He was fired from FIU after a 3-9 season on the back end of back-to-back bowl game appearances.

More than a week ago, it was reported by FootballScoop.com that both Oregon and Florida were in hot pursuit of Alabama?s offensive line coach, Cristobal, potentially for the same position at both schools. Football Scoop is reporting that Oregon and new head coach Willie Taggart potentially made an offer to Taggart, but that Cristobal had yet to accept.

Cristobal is a commodity for more than just his coaching abilities; he?s been Alabama?s lead recruiter in Florida in recent years, having experience there as an assistant for Miami and as a head coach for Florida International. Cristobal has been a candidate for several positions in recent years, but Nick Saban has done his best to keep him in Tuscaloosa.