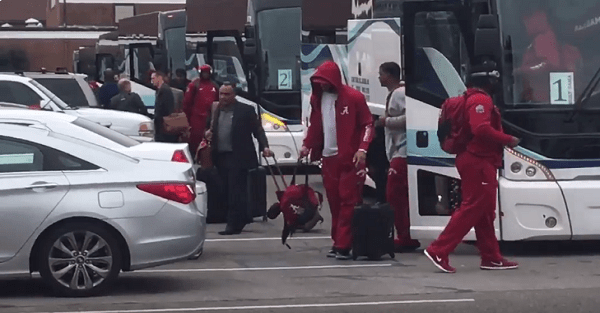 Alabama fans can be found far and wide throughout the country and there were certainly plenty who watched the National Championship game. So you can imagine the disappointment in that fan base when they didn’t repeat for a title and lost to the team they beat the last time. That showed when only a handful of fans showed up to welcome the team back to Tuscaloosa.

Even in a losing effort you would have thought more people would show up to welcome the team home in a hard fought postseason that included a Peach Bowl win over Washington. Maybe titles are the only thing worth cheering for now for Alabama fans as they’ve become quite accustomed to winning so many.