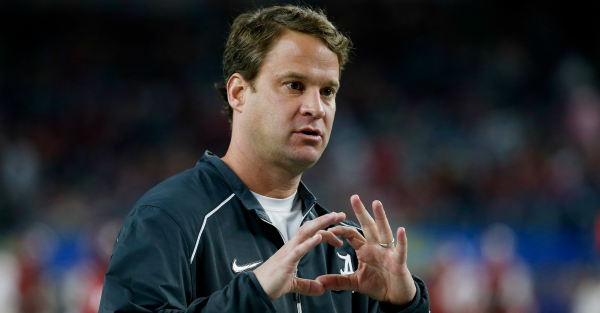 Yes, it appears that Crimson Tide fans aren’t the only ones impressed with how offensive coordinator Lane Kiffin has done in two years at Alabama. According to ESPN’s Brett McMurphy, Kiffin was offered the vacant offensive coordinator job at UCLA in the days leading up the College Football Playoff championship game on Monday night. The job in L.A. came open after Texas A&M hired Noel Mazzone, who had been with the Bruins for four seasons, last week.

Kiffin turned the job down, sources said, in the days leading up to the Crimson Tide’s 45-40 victory over Clemson in the College Football Playoff National Championship.”

Kiffin coached one heck of a game against the Clemson Tigers, especially with successfully utilizing Alabama tight end OJ Howard. Howard had 208 yards receiving including a 53-yard touchdown reception to give the Tide a 21-14 edge in the third quarter.