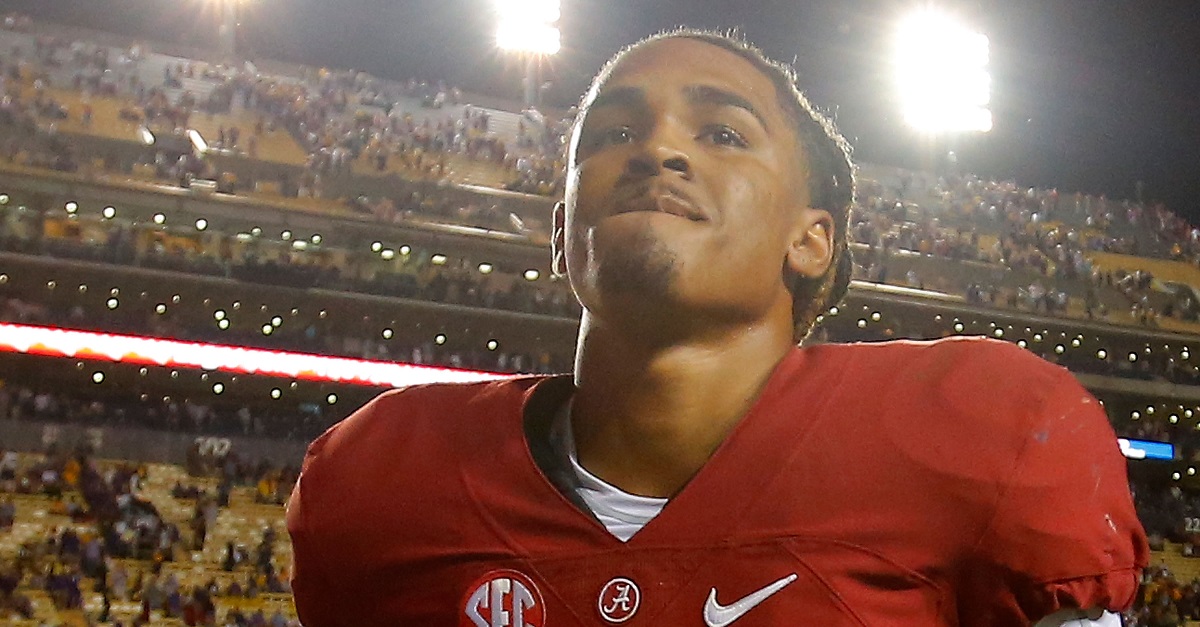 Jalen Hurts has been tremendous in his first season at the helm for the Alabama Crimson Tide, but the freshman will face an intriguing challenge in the National Championship Game. Aside from the obvious in that the Clemson Tigers are formidable defensively, Hurts will be breaking in a new play-caller in the form of Steve Sarkisian, as Lane Kiffin is officially out the door in favor of his next job at FAU.

In the lead up to the game, one source believes that Hurts is actually in favor of the switch and that he might even just prefer Sarkisian. AL.com brings word from wide receiver Calvin Ridley on his quarterback.

“He told me that he likes coach Sarkisian,” said Hurts’ roommate, wide receiver Calvin Ridley. “… He says he’s getting a lot of new things that can help him. He’s watching a lot more film, breaking things more down to him. I guess he likes the coaching better.”

While this is information from only one source, it is a very interesting tidbit. Hurts has been electric yet inconsistent at times, and that is frankly in line with the coaching of Kiffin. With a new voice, there is a chance that Hurts could level out in the best possible way against Clemson, and that is a terrifying proposition.