Alabama to pay Arkansas State a record amount for 2018 game 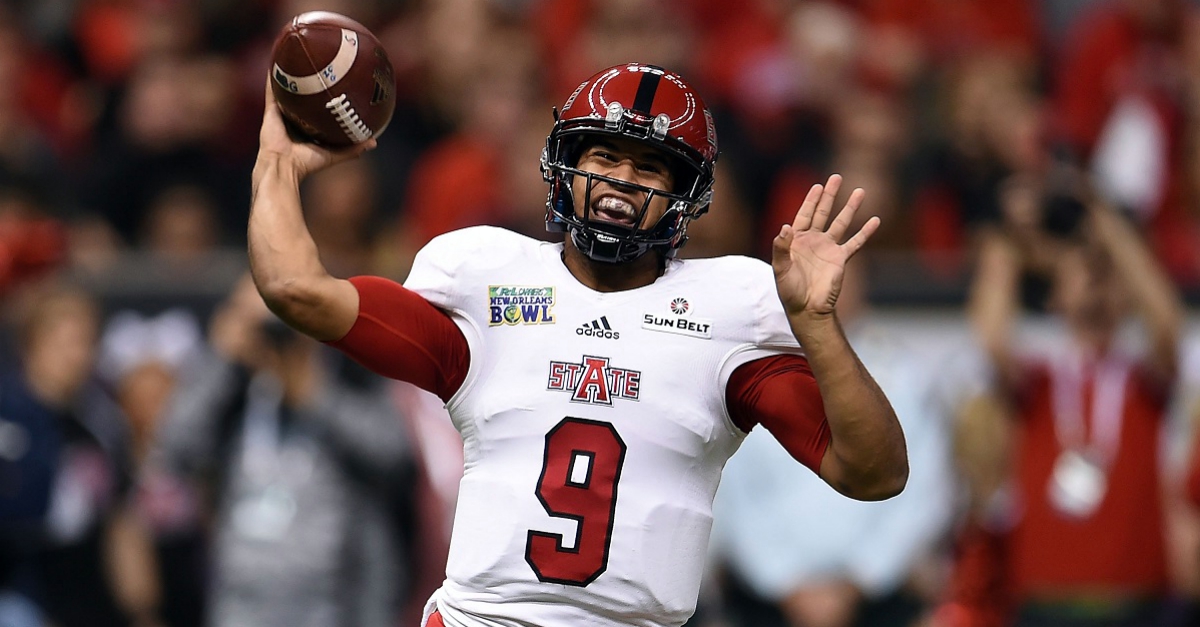 of the R+L Carriers New Orleans Bowl at the Mercedes-Benz Superdome on December 19, 2015 in New Orleans, Louisiana.

It’s almost become a tradition in college football for a high-level teams to pay a cupcake in order for the two to have a game against each other. The logic is that the higher-level team gets what should be an easy win, while the lower one gets a boost to their athletic budget and exposure for agreeing to such a game.

Well, these game contracts usually net anywhere from a few hundred thousand to up to a million dollars for the lower-level teams, but Arkansas State has taken that to a new level for a game against Alabama in 2018. According to Arkansas Online, the Red Wolves will receive a school-record $1.7 million for their game against the Crimson Tide that year.

One. Point. Seven. Million. Dollars. Just to come in to Tuscaloosa and lose!

Why the big increase in pay from normal? Well, with most Power 5 conferences starting to go away from playing FCS opponents, most schools must now find a ready, willing, and able partner out of the Group of 5 conferences. Since this creates a limited number of potential games, schools like Arkansas State can now negotiate for a bigger payday for these games.

Arkansas State isn’t new to this at all; they are apparently getting $1.65 million for their game against Nebraska in 2017. So, keep getting that money, Arkansas State.