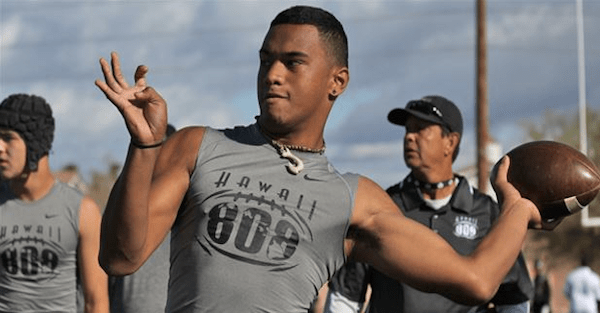 Steve Sarkisian stunned the college football world when he left Alabama to take the same job — offensive coordinator — with the Atlanta Falcons.

Alabama has a 5-star quarterback recruit Tua Tagovailoa, thought Sark would be his OC, but now, that’s going to change. His reaction?

He also retweeted this:

I heard you have a Hawaiian QB. I love Hawaiian QB's. pic.twitter.com/dvbULcwQk3

Maybe that’s wishful thinking, especially since the Kelly to ‘Bama rumors have been shot down.