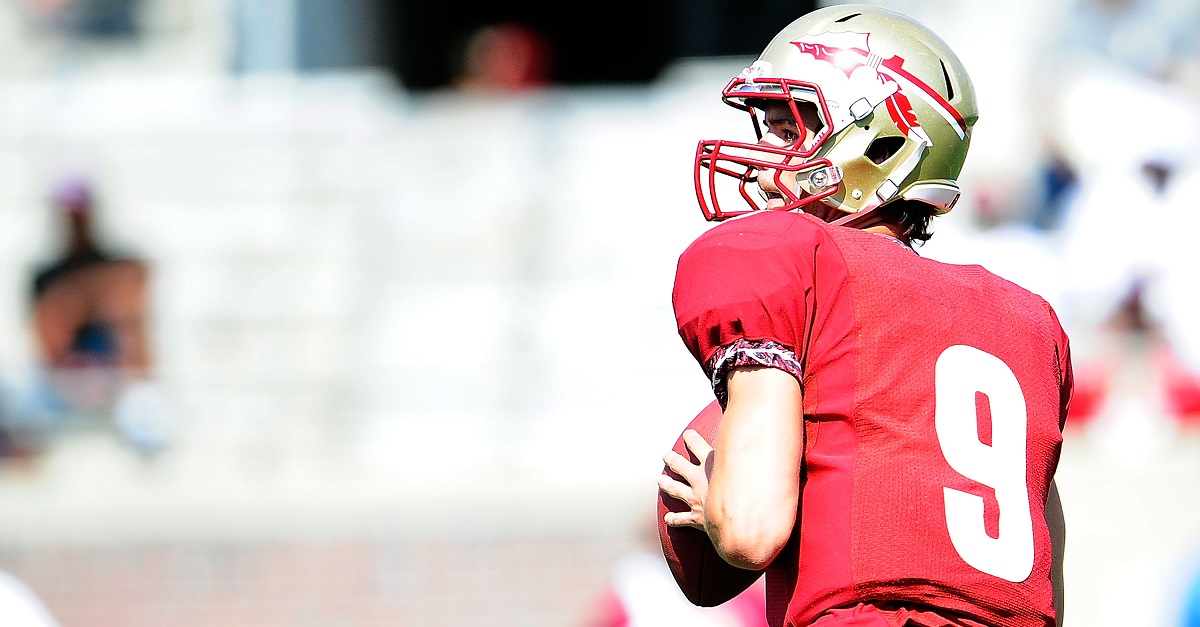 Florida State fans might remember former quarterback Clint Trickett rather fondly as he was a plucky backup and was on the team with his dad Rick as the assistant head coach. He ended up transferring to West Virginia where he appeared in 19 games and saw the field a lot more.

He started coaching quarterbacks at the now-famous East Mississippi Community College in 2015 and it looks like his hard work has paid off:

He will likely become Steve Sarkisian’s quarterbacks coach or work under him in some capacity. There aren’t any more details out there yet, but Trickett does have a long history with Saban as Clint’s first kiss was apparently thanks to the coach’s daughter. How’s that for an awkward reunion?