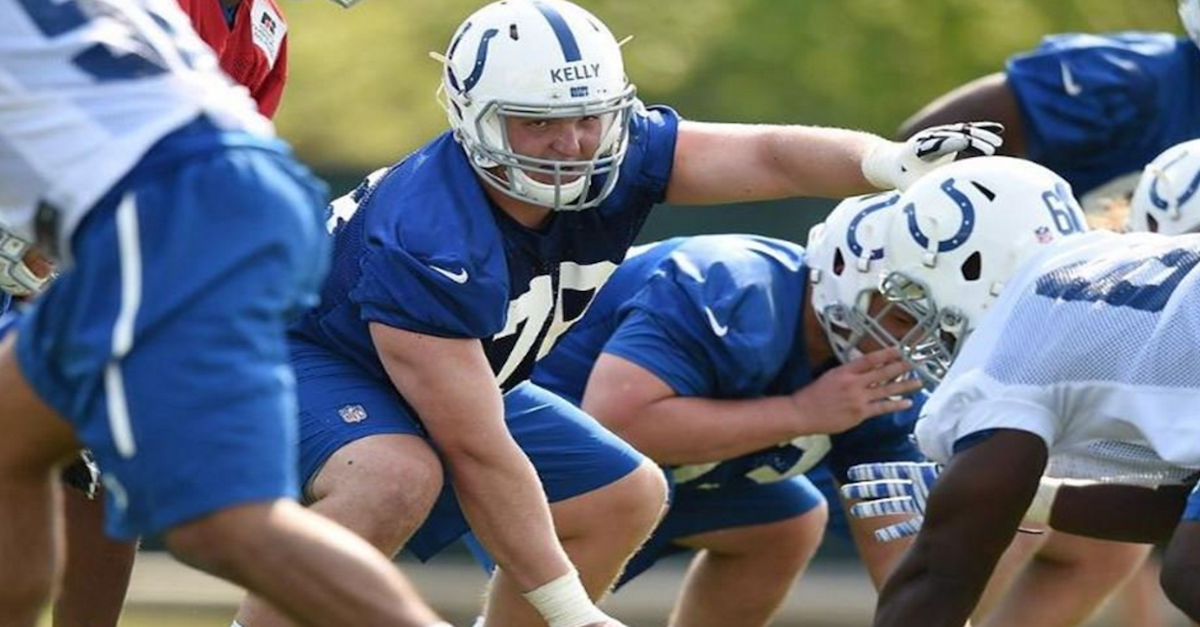 The Indianapolis Colts feel they have finally given Andrew Luck the center he deserves. Luck has played in the NFL since 2012 and he is set to play with his sixth center, but the Colts believe they have at last found the right man for the job. That man is former Alabama star Ryan Kelly. The rookie has been blowing away his coaches so far in this short preseason with his professionalism, work ethic, and skill.

?As a man, the character that he had and the family that he came from, his work ethic, his football intelligence, his passion for the game and his leadership qualities,? Colts coach Chuck Pagano said. ?Everything that we saw and learned through the process of evaluating him we are seeing the same thing here day in and day out. From Day 1, as you guys know, we threw him in with the [starters]. He has made mistakes, like everybody is going to make mistakes, but he is unflappable and he doesn?t get rattled, he doesn?t get shaken.

?Credit Nick Saban and the staff down there, Mario Cristobal, who coached him down at the University of Alabama. They did a great job with him in preparing him for this moment.?

?You don?t always know how guys are going to respond when everything is flying around him out there in the middle of middle drill or blitz drill and those types of things,? Chudzinski said. ?He has a way about him, very calm and things don?t faze him. That?s, like I said, a great trait for a center to have because he?s going to be in the middle of those things all of the time.”

It’ll be great to watch another Tide great have a chance to excel in the NFL.