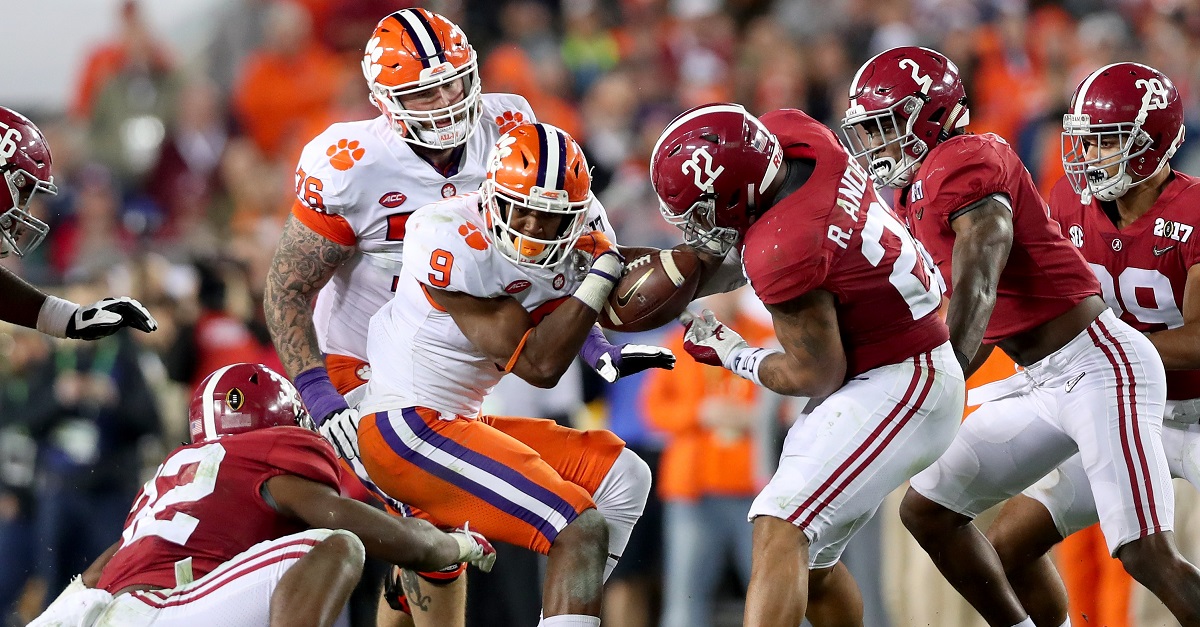 The 2017 College Football Playoff National Championship Game was a bit of a snoozer for the first half, but it picked up near the end of the third quarter when tight end O.J. Howard broke wide open in the secondary to make it a 24-14 game. It ended up being a 35-31 win for Clemson to take down the Alabama dynasty in an exciting fourth quarter.

There seemed to be a couple missed targeting calls early in the game that favored Alabama that included direct helmet hits on Deshaun Watson and Mike Williams. The Clemson rush game was off and the Alabama pass game wasn’t anything to boast about outside of the Howard touchdown, which meant each team’s strengths would be tested.

RELATED: Alabama defender treats Clemson OL like a child, bullies him into the ground

Deshaun Watson finished with three passing touchdowns and 420 passing yards on 36-of-56 passing with 21 carries for 43 yards and one touchdown on his way to a very Vince Young-like performance. He completed passes to six different receivers and seemed unstoppable in the entire second half. Mike Williams proved his NFL Draft first-round worthiness with eight catches for one touchdown and 94 yards. He also had a huge grab in the fourth quarter to give Clemson some momentum that pretty much no other receiver could even dream about catching.

But of course it was none other than Hunter Renfrow though who had the game-winning touchdown on the 2-yard line from Watson to take out the Crimson Tide. Here’s the play that won the game:

And that is how we ended up with the new kings of college football.