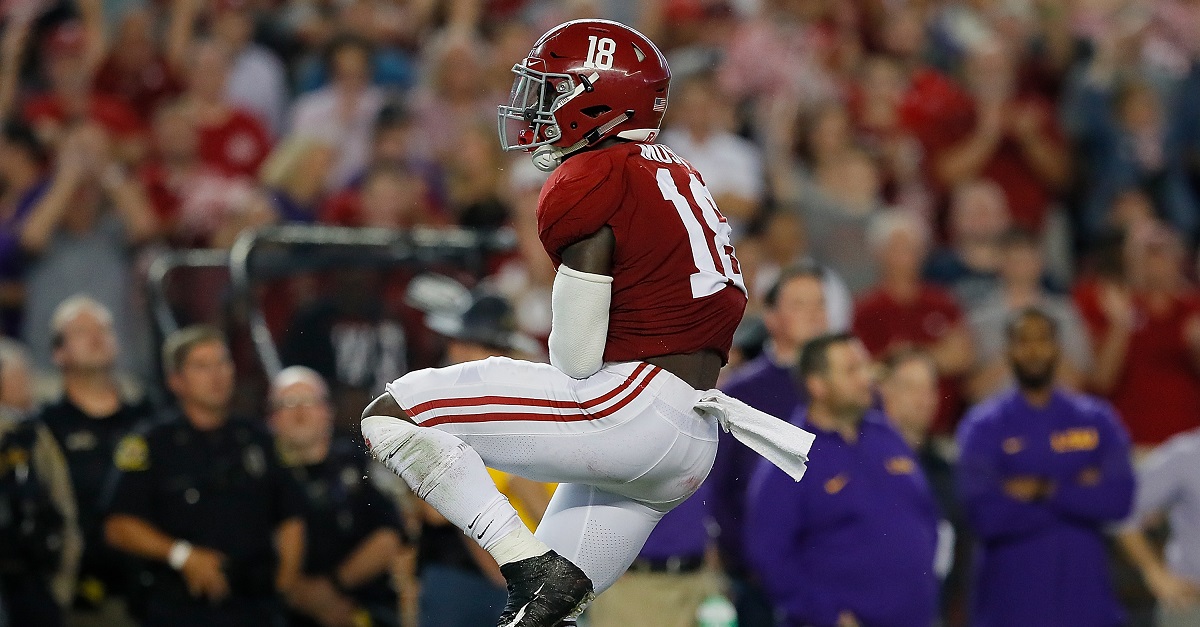 Alabama and Clemson are meeting for the third time in the College Football Playoff and this time it’s for the opportunity to play in the title game. It looks like the Crimson Tide will be missing one former five-star player in linebacker Dylan Moses though.

Dylan Moses was injured and won't be able to participate in this game. Hootie Jones, we lost in the Auburn game. But we do have Mack Wilson, Christian Miller and Terrell Lewis, that have been able to practice and come back and play.

That doesn’t bode well considering the depth at that position has been an issue all year for Alabama. Having Miller and Lewis on the field will be a good boost for a group that’s been in need of some good news since the Iron Bowl. They should make life difficult for the Clemson offensive line and quarterback Kelly Bryant if they are cleared to play and are playing at full strength.

Clemson and Alabama are set for an 8:45 p.m. kickoff on New Year’s Day in New Orleans.