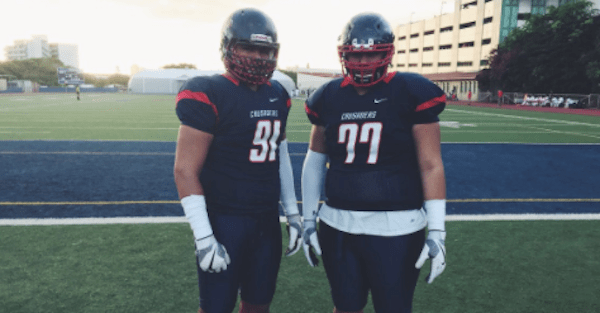 By nature of geography, Faatui Tuitele may not be the household name that many of the top prospects in the 2019 class can already claim to be. However, the five-star defensive tackle prospect from Honolulu is making a name for himself as a tantalizing recruit and interest from top-tier universities is following as a result.

Recently, Tuitele spoke with Shea Dixon of 247Sports and, despite the fact that he did not name a specific program as the leader in his recruiting, the 6-foot-4, 299-pound prospect indicated that he will be taking official visits to Alabama, Ohio State and LSU in the very near future. Tuitele reiterated that he “will wait until fall to actually take (his) officials” but that trio of programs is clearly impressive.

At the moment, he ranks as the No. 26 overall recruit in the country and as the No. 2 defensive tackle prospect. There is quite a bit of time to jockey for position in that regard but Tuitele’s short list including programs headed by Nick Saban and Urban Meyer says plenty. There are other reported programs in the mix, including Florida State, Clemson and Georgia, but the lack of clarity overall should make this a recruiting battle to watch for the next several months.