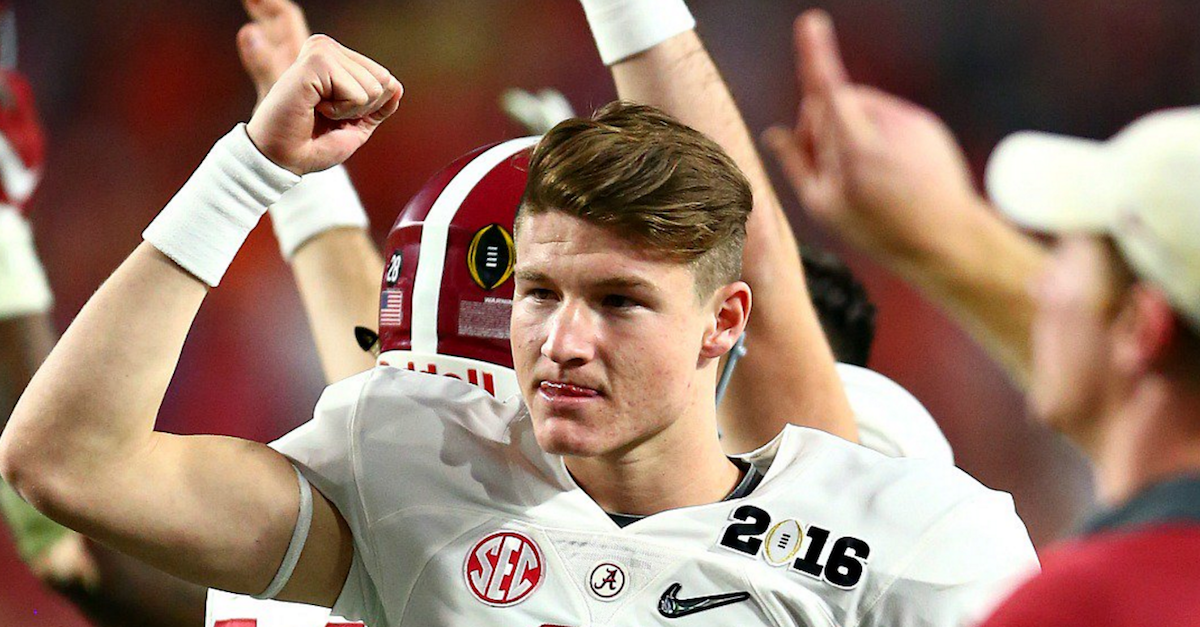 The topic of Blake Barnett’s decision to transfer from Alabama has been a hot one ever since it was announced. Some in the media have opted to defend Barnett’s decision and timing, but most have crushed Barnett not so much for transferring, but for the timing.

Friday former NFL execs weighed in on Barnett’s decision and the opinions weren’t favorable. Greg Gabriel, the former director of college scouting for the Chicago Bears and a 30-year veteran in NFL personnel had this to say,

“If he becomes a prospect, then it becomes a red flag that needs to be answered. To me it’s a red flag on his football character and his personal character. They are two separate things.”

“One of the biggest things you look for in evaluating a quarterback is his competitive nature, and the great quarterbacks are all extremely competitive,” he said.

If Barnett is able to land on his feet and prove he has talent he will surely earn him a chance to play in the NFL, but it’s clear that his decision to leave his team midseason won’t be quickly forgotten.