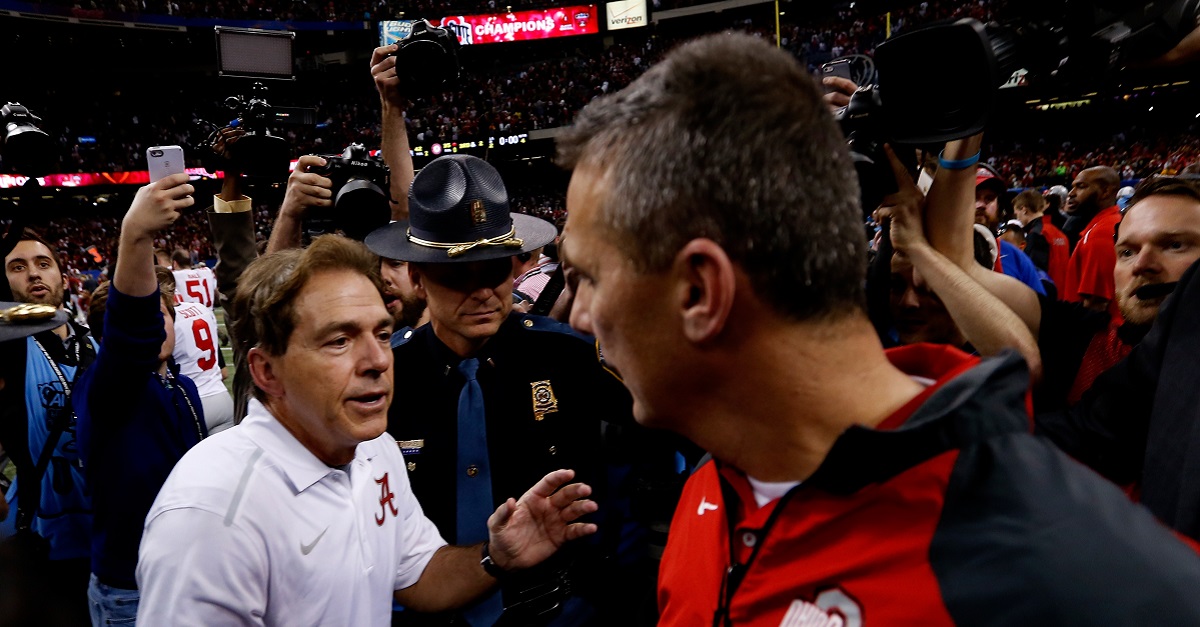 Alabama is in the playoffs over Ohio State, and analysts have been debating whether the committee made the right decision.

Many analysts have agreed that Alabama is the better team despite Ohio State having better wins, but ESPN analyst Jesse Palmer isn’t so sure Alabama is better than Ohio State.

Palmer even went so far as to say that Wisconsin would’ve beaten Alabama over the weekend.

“Wins and losses matter more than resume. Alabama?s resume is not even close [to Ohio State]. They are punishing Ohio State for losing by 31 points to Iowa.

Related: Playoff chairman Kirby Hocutt explains why Alabama is in over Ohio State

Palmer definitively said Ohio State is better than Alabama and should be in the playoffs.

Ohio State has better wins than Alabama, but that’s about the only rationale for taking them over the Tide. The Buckeyes should’ve been punished for the loss to Iowa. And Alabama’s loss to Auburn wasn’t a bad loss. It’s tough to argue for the Buckeyes with a loss that bad.

The point about Wisconsin beating Alabama is tough to take seriously. Regardless, Ohio State can blame the blowout loss to Iowa for not making the playoffs.

The committee got it right.