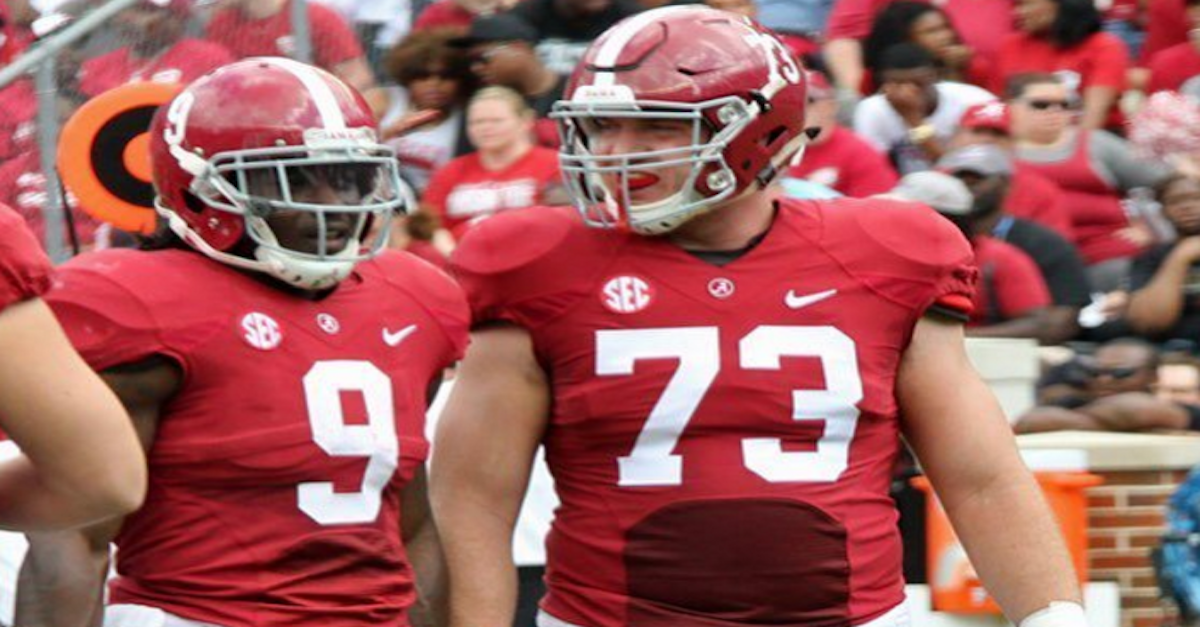 In 2014 Nick Saban started a true freshman at offensive tackle for the first time in his tenure as Alabama’s head coach. That true freshman was Cam Robinson, who now anchors the Tide’s offensive line and this year he may be joined on that line by Nick Saban’s next true freshman tackle, Jonah Williams.

There has been a lot said about true freshmen in camp so far, but that conversation has centered around skill players such as Jalen Hurts and B.J. Emmons, yet Jonah Williams may be the most important true freshman of them all. At 6-5, 305 pounds, the five-star recruit from California has been a revelation in camp. Tide coaches knew he was talented, but finding a player skilled enough to start on the offensive line as a true freshman is a very rare thing.