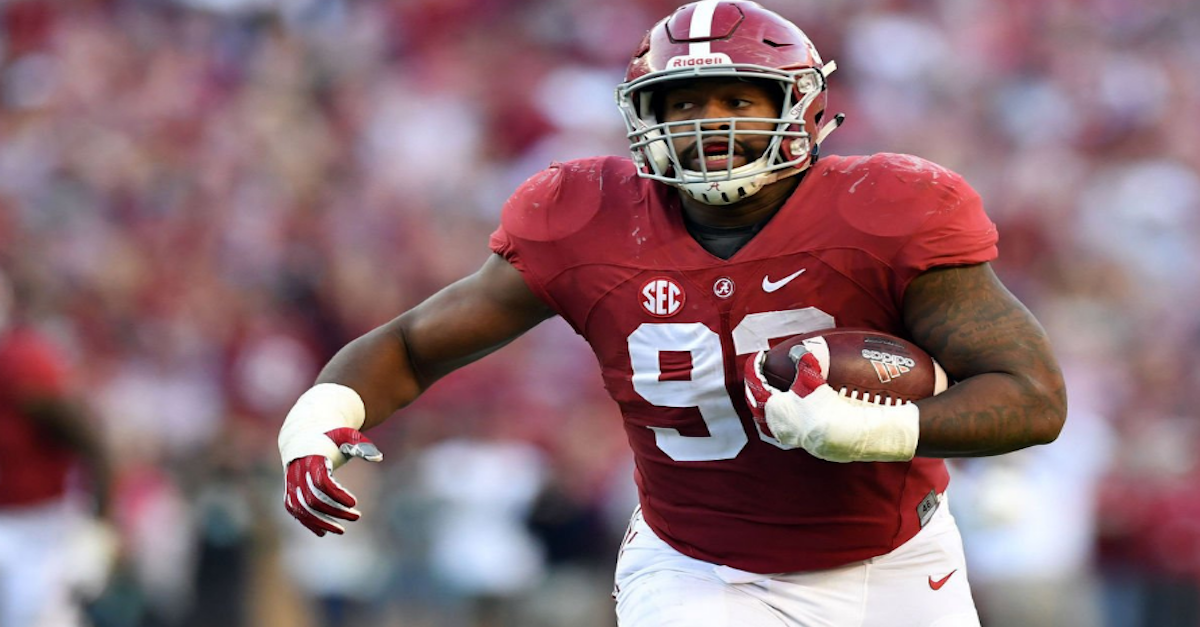 Alabama defensive lineman Jonathan Allen is having the kind of season defensive players dream about. Allen has been a key cog in the best defense in the country and has played so well that some in the media have begun to mention Allen in the Heisman conversation.

For his part however Allen has very little interest in any of that Heisman talk telling AL.com, “I don’t focus on it. It’s kind of irrelevant to me. I just want to win a national championship. That’s all I care about. That’s all I ever wanted to do, to be honest.”

Allen isn’t the look at me type, he’s more focused on the next play than the last one.

“He doesn’t want to talk about it,” tight end O.J. Howard said. “He’s a humble guy, and you can see why. He knows he’s doing a great job, and we tell him, but he’s a humble guy and that’s good from him.”

If Allen continues to play to the level he has so far this season, he’ll have to get use to life in the spotlight.