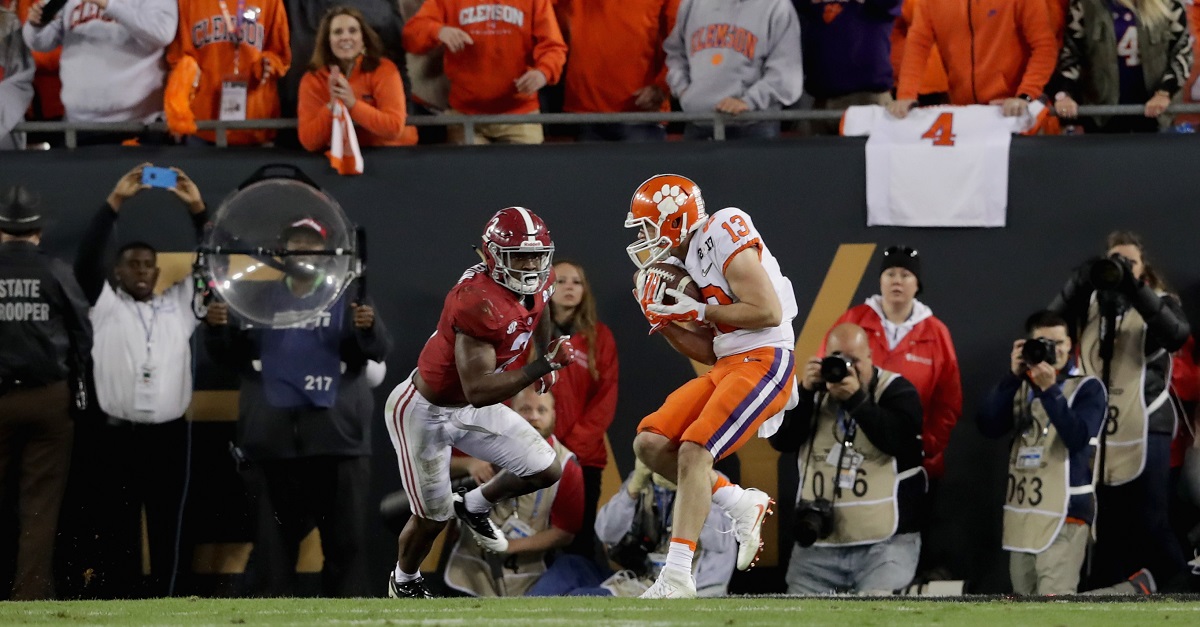 The National Championship Game featured one of the most incredible comebacks in recent memory and a quarterback performance that left everyone with their mouths on the floor. However, it didn’t come without its controversy as Clemson beat Alabama on what a lot of Crimson Tide fans would call an illegal pick play. However, Kirk Herbstreit disagrees:

Here’s the play for you to experience again:

Herbstreit did play quarterback back in his Ohio State days and might know a thing or two about illegal pick plays. Of course, he’s also been analyst for years and was probably ready for a play like that after having reviewed both teams’ seasons. It doesn’t hurt that the NCAA already came out and said the play was clean too.