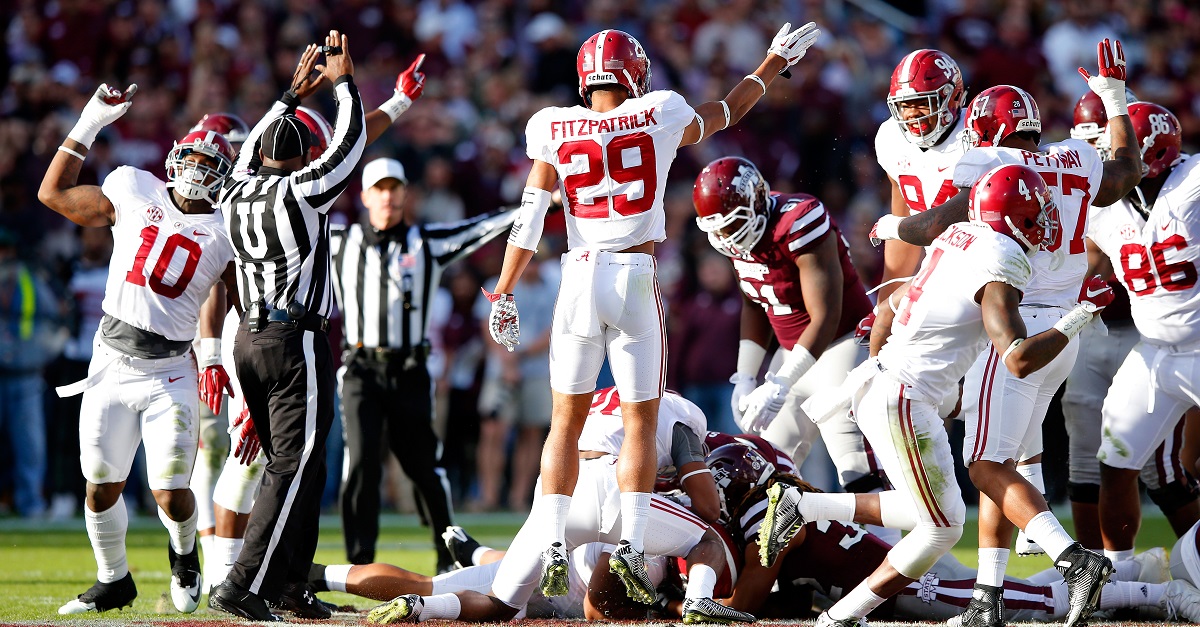 Alabama junior defensive back Minkah Fitzpatrick is already getting serious attention from NFL teams despite having not yet declared for the 2018 NFL Draft.

Fitzpatrick, who won the Bendarik and Thorpe Awards this year, is already being compared by one AFC executive to former LSU standout and current New York Jets rookie Jamal Adams, according to Lance Zierlein of NFL.com.

“He’s not quite on the same level of Jamal Adams when it comes to changing the entire culture of a locker room, but he is just as talented and probably more versatile.”

Adams was selected No. 6 overall during this year’s draft, which could be a similar projection for the Alabama junior.

The former Tiger recorded 76 tackles during his final season and a total of 209 during his three years at LSU, while Fitzpatrick has 52 tackles, including six for loss during the 2017 season and 163 during his career.

However, the junior has already played in two national championship games — including one victory during his freshman season — and is scheduled to appear in his third College Football Playoff since joining the Tide.

That could prove to be even more enticing for NFL teams as they weigh whether to invest an early first-round pick on Fitzpatrick next spring.