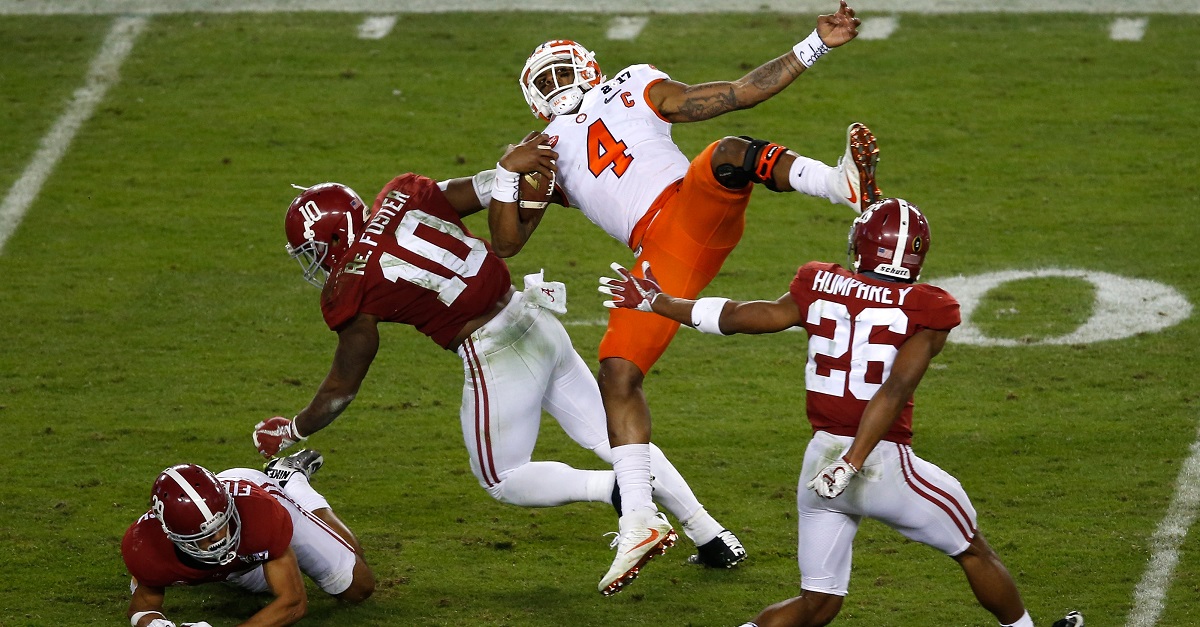 Alabama is churning out some incredible talent this year for the NFL Draft, but it looks like one surefire first-rounder won’t be able to boost his stock with any workouts or the Combine as he recently was under the knife. Linebacker Reuben Foster was the one to go undergo the surgery according to ESPN’s Adam Caplan:

Foster's projected recovery is about four months, which is well ahead of the start of training camps in July.

Foster, the top graded inside linebacker for many teams, will not be able to participate in drills during next month's NFL Combine.

However, Foster will meet with teams over the course of the week in Indianapolis.