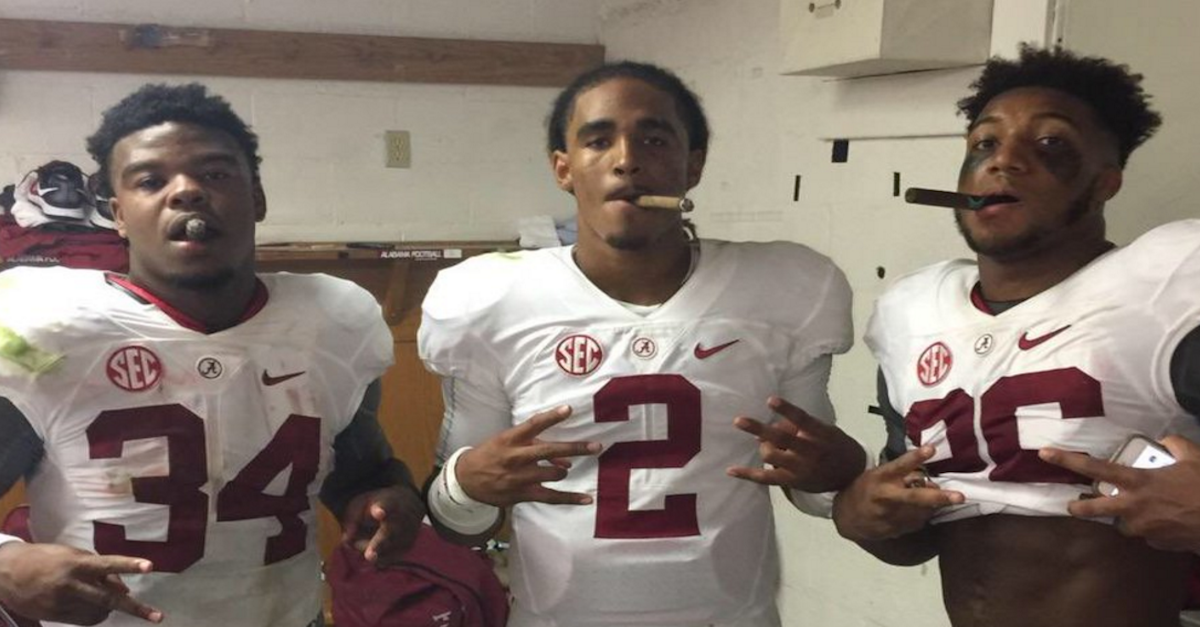 One of the lesser-known, better traditions in college football is the Alabama-Tennessee victory cigar. It all started in the 1950s with Alabama athletic trainer Jim Goostree handing out victory cigars to players after beating the Vols. Ever since then both teams have participated in the tradition and for years did so in secret due to NCAA rules regarding tobacco products and extra benefits.

Here is the best of Alabama celebrating with victory cigars after crushing Tennessee 49-10.

Alabama players take their cigars out of the locker room and onto the field. pic.twitter.com/s4CM8yWdiv

Cigar smoke is basically billowing from the visitors' locker room beneath Neyland Stadium.

What it's all about. Light 'em up!