The nation’s top 2017 prospect will visit Michigan this weekend 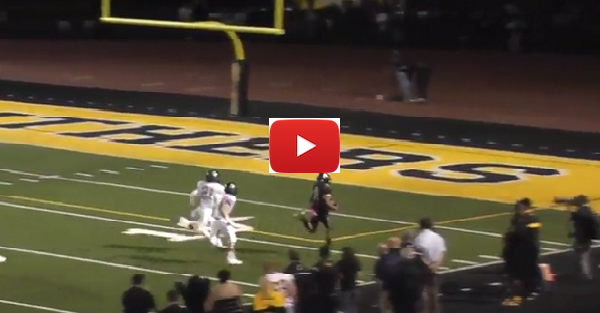 2017 running back Najee Harris has been committed to play for the Alabama Crimson Tide for more than a year. However, the nation’s number one overall recruit will be taking a visit to Ann Arbor this weekend, as Jim Harbaugh attempts to flip that commitment.

Both The Michigan Insider and Steve Lorenz of 247Sports report that Harris will be present for Michigan’s “BBQ at the Big House” on Aug. 6 and this has the potential to send shock waves through the recruiting world. Harbaugh was successful in landing the number one overall recruit in the 2016 class in the form of Rashan Gary, and the charismatic head coach certainly is not afraid to go toe-to-toe with Nick Saban and others.

Harris rates as the top overall player according to 247Sports while falling inside the top-five nationally for other sites, and the 6-foot-3, 225-pound running back from California is the prize of Alabama’s current class for 2017. The “BBQ at the Big House” has been a lucrative endeavor for Michigan’s recruiting in recent years, and Harbaugh has treated the event as the number one focus for the program’s efforts in landing top prospects.