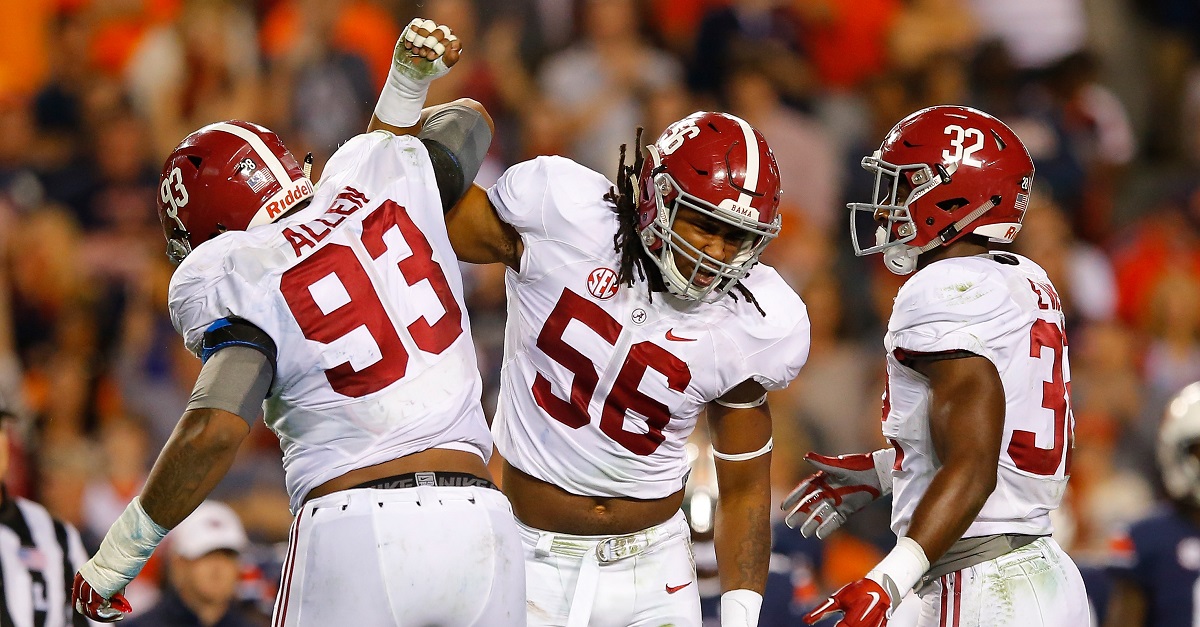 Tim Williams, the talented Alabama Crimson Tide defensive end, was supposed to be a mid first-round draft pick. At least that’s what a number of mock drafts have predicted. Now, that’s in jeopardy following a disturbing report from WalterFootball.com:

Per sources #Alabama DE Tim Williams failed many drug tests, has Randy Gregory type problem. Could slip to Round 2: https://t.co/TcKHILd8yV

That is a serious allegation. Gregory, also projected as a sure-fire first-round pick, fell to the second round amid failed drug tests. Since then, he’s been suspended three times by the NFL for violating its substance abuse policy, and is currently serving a one-year suspension.

RELATED: A Green bay player is in trouble after cops say he was busted with drugs in his possession

Campbell’s report said that Williams has had marijuana issues similar to Gregory’s, and that could scare teams away, especially in a draft that’s strong on edge rushers who could be taken in the lower half of the first round and into the second.

In addition to the issues that Campbell’s report cited, Williams has had other off-the-field troubles. He was suspended for the first half of a game against Kentucky following an arrest for carrying a concealed weapon without a permit.