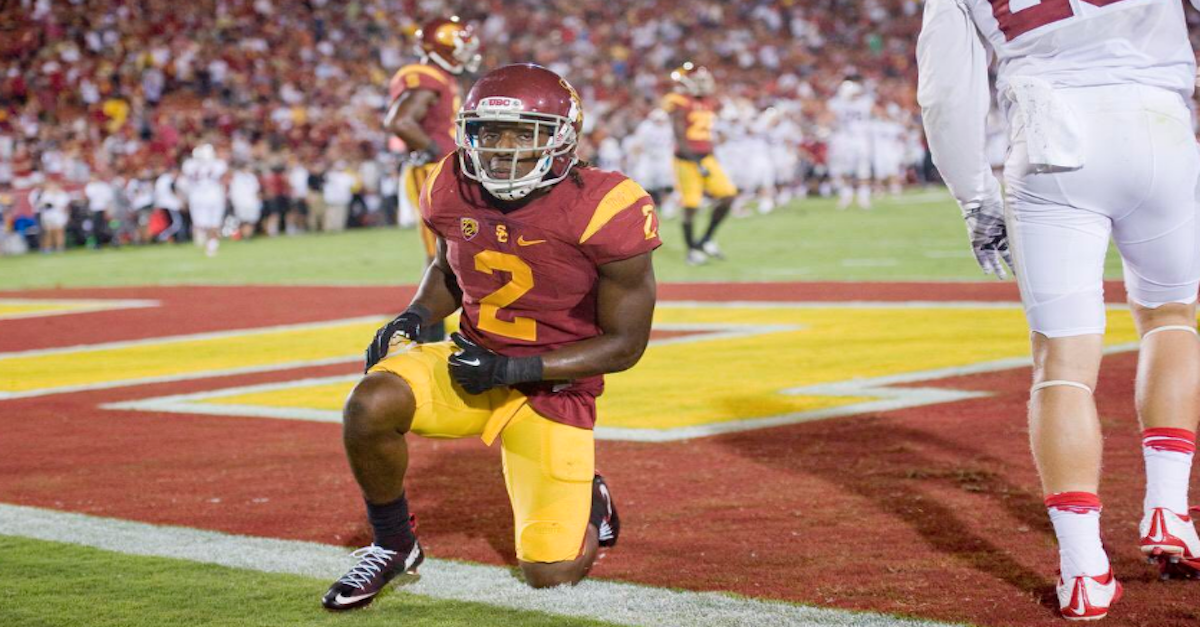 Star USC cornerback Adoree’ Jackson had a pretty good game against Alabama on Saturday despite his team’s 52-6 loss to Alabama. Jackson was matched up against Bama’s star receiver Calvin Ridley and held Ridley to two catches for nine yards, a great day by any standard.

USC is getting beat down but #2 Jackson for USC is a dog. #Truth

After the game Jackson let the world know that he is sold on the Tide and their talented wide receivers.

Respect to @CalvinRidley1 @neversleepon13 y'all a special duo! Excited to watch the rest of y'all season💯

Jackson is referring to Bama receivers Calvin Ridley and ArDarius Stewart, who are the backbone of the Tide offense in 2016.

That’s a lot of class from a player who just got crushed by the team he is complimenting, maybe he should spread that around to some of his teammates.