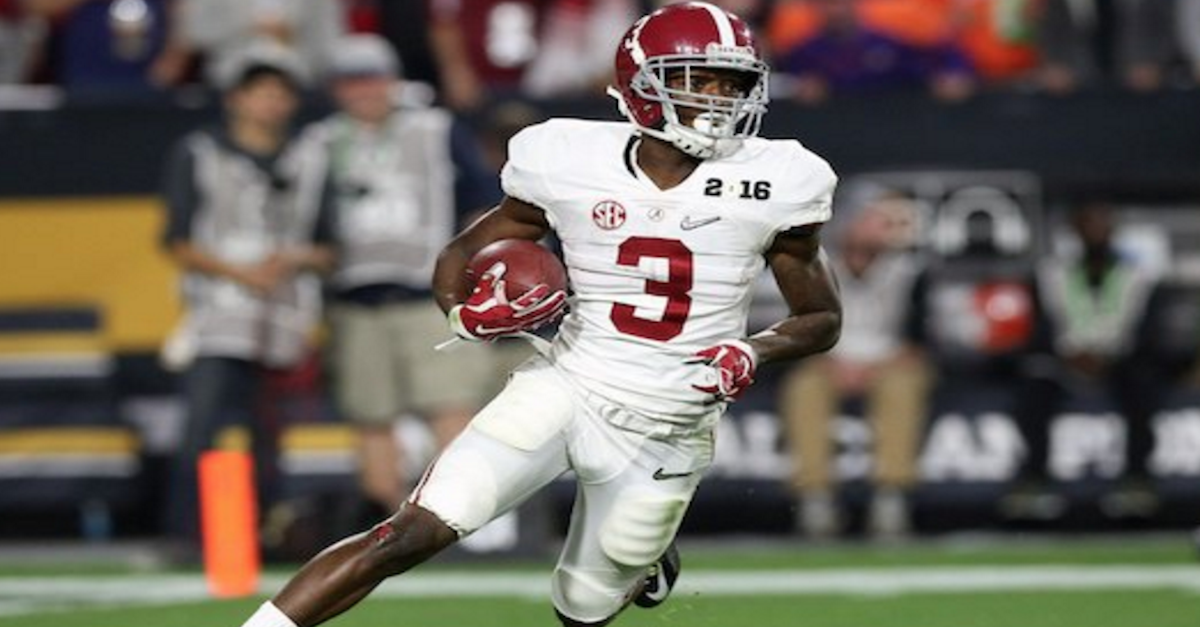 Cyrus Jones will be a tough act to follow. Jones was one of the best kick/punt returners in Alabama history, returning four last season for touchdowns alone which was more than the previous four years combined. With Jones departed for the New England Patriots, Nick Saban has turned to a new man to return punts, Calvin Ridley.

While some may think it dangerous to have such a valuable player returning kicks for the Tide, Alabama sees it as one more way to get the ball in one of their best playmakers hands. Ridley is ready for the chance and Saban trusts he can get the job done.

“I did a little bit in high school,” Ridley said. “But I got pretty good at it, catching it and seeing holes and stuff. Coach Saban’s been teaching me, so I’m going to be ready for it. When I first got here, I wasn’t too good at catching it,” Ridley said. And then Cyrus, I used to see what he did to square up on the ball and stuff. And coach Saban gave me a few pointers, so I’m pretty confident.”

“I think the most important thing about punt return is putting the guy back there that has really good judgement,” Saban said, “especially in this day in age when people rugby punt and the ball can be difficult to field. And he does a really good job with that. He has good judgement and experience being explosive as a returner so we’re excited to see how he does in that role.”