After missing out on Gus Malzahn, Arkansas reportedly targeting two other coaches 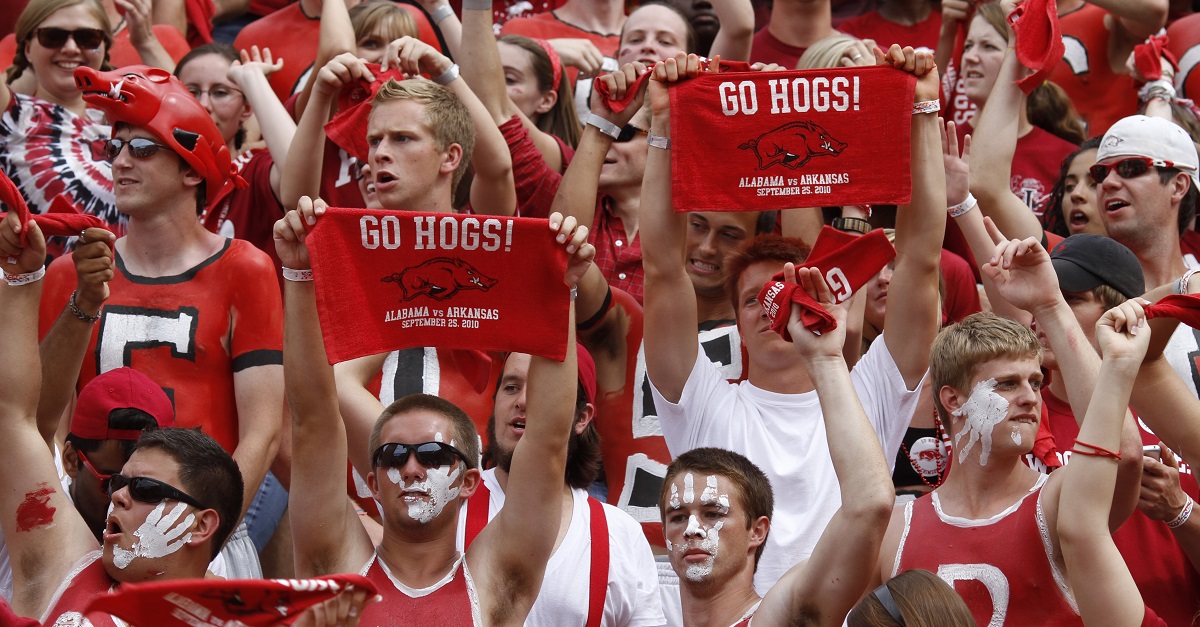 Gus Malzahn is officially off the coaching market, as the Auburn Tigers ponied up significant cash in order to keep the head coach in place. Part of Malzahn’s leverage in the situation, aside from a very nice season in 2017, was the pending lure of Arkansas but the Razorbacks, having missed out on their prime target, now are forced to go in a different direction when it comes to replacing the now-departed Bret Bielema.

With that in mind, Barrett Sallee of CBS Sports reports that Arkansas has “contingency plans” in the wake of Malzahn sticking in place and, as a result, the Razorbacks are “likely to turn to either Memphis coach Mike Norvell or SMU coach Chad Morris” as the next target for the position. Both are very intriguing candidates with impressive resumes, as Norvell led Memphis to the AAC title game and Morris has a documented profile as an offensive guru dating back to his time at Clemson.

It remains to be seen as to which direction Arkansas will choose first, but in the same breath, Sallee also notes that “an unnamed third candidate could be in the mix for the Razorbacks” who are attempting to fill the vacancy “very quickly” in the future. Frankly, the Hogs can’t go from wrong (at least on paper) with either Norvell or Morris, but the mystery of another candidate is certainly worth noting at this juncture. Regardless, momentum seems to be there for a quick hire so stay tuned.