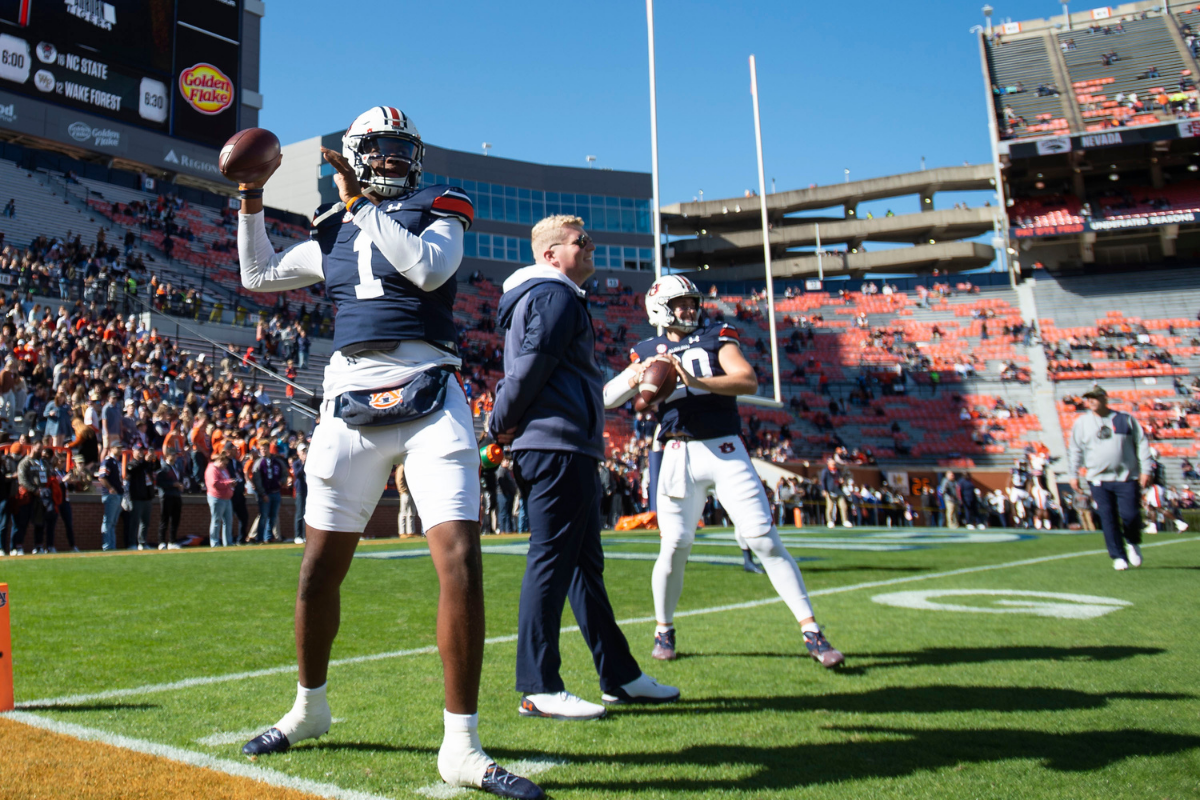 Bo Nix and the Auburn offense have been synonymous for the past three seasons. The junior quarterback has been under center for every game since he won the starting job as a true freshman. He was becoming one of those guys opposing fans think has been at the helm for a decade.

After Nix suffered an ankle injury against Mississippi State this past weekend, that all will change. Auburn’s starting quarterback announced he is having surgery on his broken ankle that will put him on the sidelines for the rest of the season.

#Auburn quarterback Bo Nix out for the remainder of the regular season and probably the bowl game. TJ Finley is next man up. https://t.co/3zM2hxykPP

Finley, who transferred from LSU this offseason, relieved Nix on the final series of the game against the Bulldogs. In six appearances this season, the 6-foot-7, 245-pound passer has thrown for 275 yards and two touchdowns. He also punched a score in with his legs in the season opener against Akron.

Finley has been around the block in the SEC and has experience against Auburn’s next two opponents: South Carolina and Alabama. He took over for LSU starter Myles Brennan after he went down with an abdominal injury three games into the 2020 season.

His first start came against none other than the South Carolina Gamecocks, where he threw for 265 yards and two touchdowns against one interception while running in a touchdown on the ground. LSU won decisively, 52-24.

Finley would go on to split time with Max Johnson the rest of the season, including in the matchup against the Crimson Tide. He threw for 144 yards and one touchdown in the 55-17 loss. It wound up being his last appearance as an LSU Tiger.

The Auburn football team has been on a skid recently. First, losing to Texas A&M then falling to Mississippi State while losing its starting quarterback. If Tiger fans can find any solace, Finley’s SEC experience is a valuable asset.

Fourth down. Game on the line.

South Carolina is a winnable game. The Iron Bowl is still the Iron Bowl regardless of who is at quarterback. If the “kick six” is any indication of college football’s uncertainty, anything can happen. Especially in a rivalry game.

Auburn quarterback Bo Nix will be back next year to lead the Tigers for one final ride. In the meantime, T.J. Finley has a prime opportunity to prove himself.