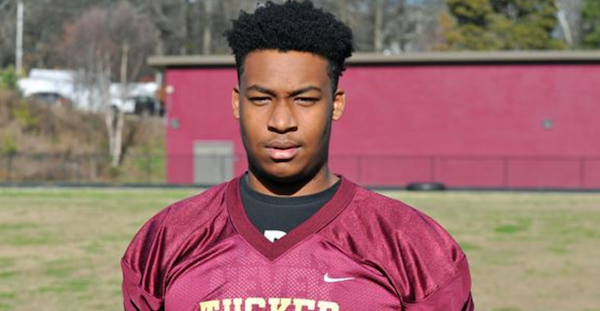 Four-star offensive tackle Dylan Wonnum revealed that he will announce his commitment on Saturday, four days prior to National Signing Day, during an appearance on 247Sports‘ SEC Recruiting Buzz podcast.

Wonnum confirmed that he hasn’t set a time for his announcement, but will announce it via social media — his Twitter handle is @DylanWonnum74.

The Georgia native ranks as the No. 13 offensive tackle and the No. 178 overall prospect for the 2018 national recruiting cycle, according to the 247Sports Composite.

Wonnum has narrowed his choices to Auburn, South Carolina and Tennessee and made official visits to all three schools in January.

“The visit (to Auburn) was good,” Wonnum said. “I learned a lot there. They told me about the internship for my major and everything like that so I really enjoyed it.”

“It went good — we had a good little conversation,” Wonnum said. “It was just reiterating everything. What you see is what you get. They’re very interested in having me.”