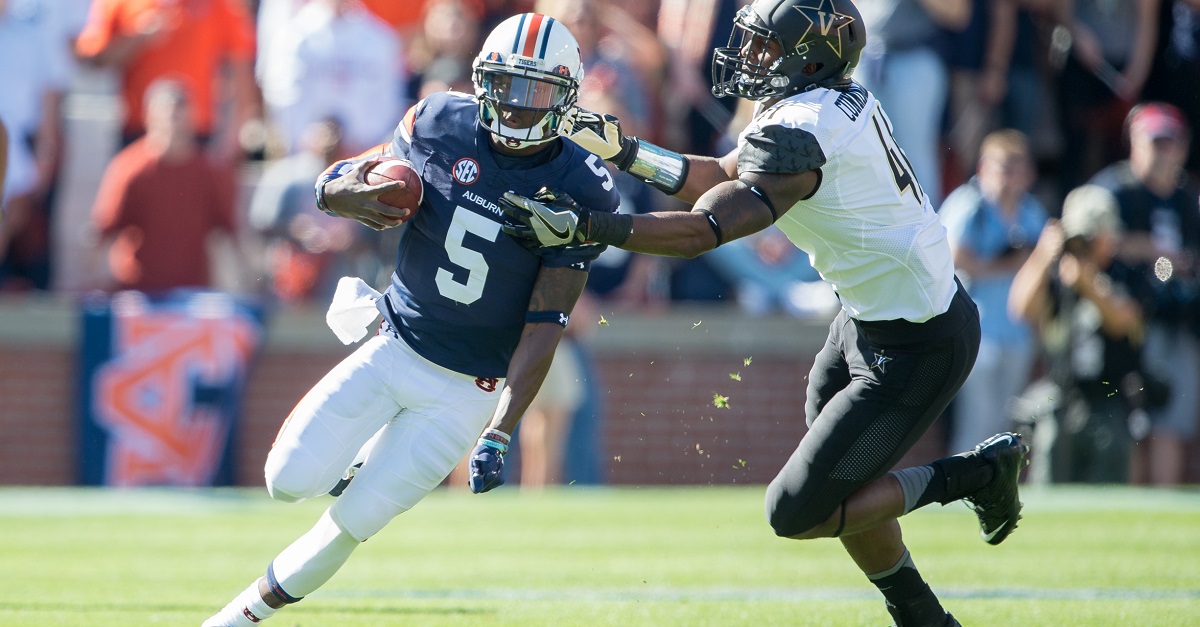 John Franklin III has had an up-and-down career for the Auburn Tigers thus far, but things are looking up for Franklin now as he makes the transition from quarterback to wide receiver.

Making the change from quarterback to wide receiver isn’t easy, but Franklin seems to be hyped up about the positional change as he has been active on his Twitter account post highlight videos to hype up his transition.

With Baylor transfer Jarrett Stidham likely to win the Auburn quarterback job, it makes a lot of sense for Franklin to make the change — especially with the kind of speed Franklin possesses in the open field.

This time last year, many fans were wondering if Franklin was going to win the quarterback job in a manner similar to former Tiger great Nick Marshall, but it never came together for Franklin, so he’s moved over to wide receiver.

Franklin started one game for the Tigers in 2016. He was previously with Florida State before transferring in 2015.