Is Auburn’s 3-Point Woes a Cause for Concern Moving Forward? 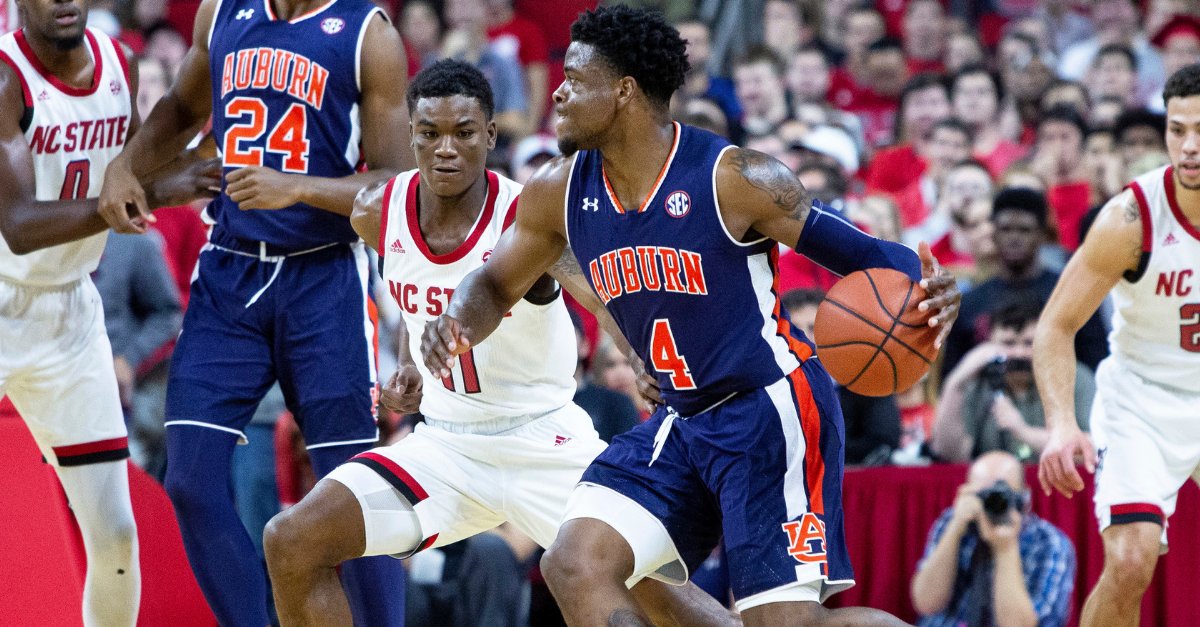 If Auburn fans weren?t worried about the play of the Tigers recently, they are now. While the No. 7 Tigers managed to catch fire in the second half of the UAB game with the help of Jared Harper, there was no such luck in their loss against North Carolina State.

The Wolfpack defeated the Tigers, 78-71, and the game continued a trend:  If Auburn struggles from the 3-point line, it more than likely lose the game.

On Wednesday night at PNC Arena in Raleigh, North Carolina, the Tigers struggled again from the 3-point line, missing all eight attempts in the first half and finishing 5-for-25 for the game after going 4-for-22 in the overtime win against UAB.

Auburn?s two best players — Jared Harper and Bryce Brown — were held to 11 points and three points, respectively, and were a combined 1-for-9 from behind the arc.

Auburn also turned the ball over 25 times against the Wolfpack, which is not Auburn basketball, either. This team’s bread and butter is the 3-point line and when they are hot, they can beat anyone in the country. Just ask Duke how good the Tigers can be

But when Auburn isn?t hitting shots, as no player was against NC State, it almost looks pedestrian. If it wasn?t for the Tigers’ inside game, this lost could have been much worse.

If it wasn?t for Jared Harper, Auburn could have been suffering their second loss in a row, too. Harper saved the day against UAB, but he was nowhere to be found on Wednesday.

Time to regroup and get back to work.#WarEagle x #UnfinishedBusiness pic.twitter.com/dTgjPDMm8a

This was not the first time Tigers have looked like this in games. You can actually go as far back as their loss to Alabama in the SEC Tournament last spring, when they struggled from 3-point range in the second half and blew a 10-point first-half lead to lose.

Auburn seemed to bounce back in the first round of the NCAA Tournament, but to have a team as talented as the Tigers struggle two games in the row may be some cause for concern, especially with Murray State coming up Saturday.

The Racers are no pushovers. Just ask Alabama. They are lead by NBA prospect Ja Morant, who had 38 points against the Crimson Tide in a losing effort.

If the Tigers don?t find their sweet spot in this next game, they could find themselves having another embarrassing loss.