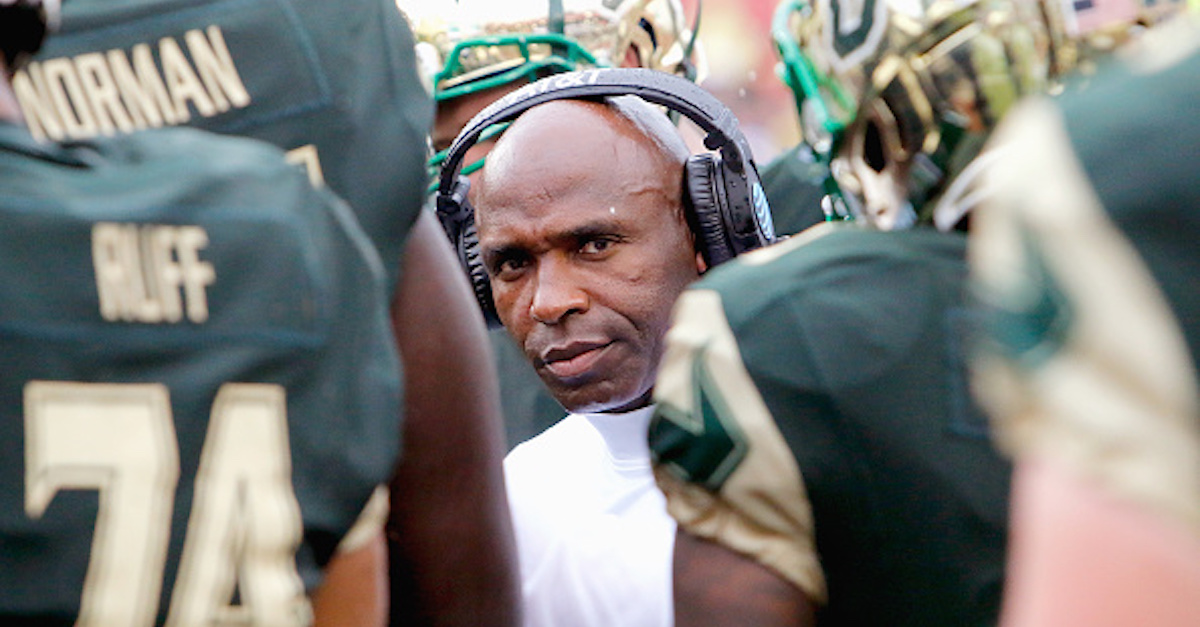 After bouncing back from a disappointing tenure at Texas, USF first-year head coach Charlie Strong is reportedly interested in coaching a Power-5 school once again.

According to CBS Sports‘ Dennis Dodd, Strong is hoping to be considered for the coaching vacancies at Ole Miss and Florida.

However, Strong has looked impressive during his only season at USF, with a 9-1 (6-1 AAC) record through his first 10 games. That may be enough to gain interest from Power-5 teams, especially Ole Miss, who still faces an NCAA investigation, as well as several self-imposed penalties.