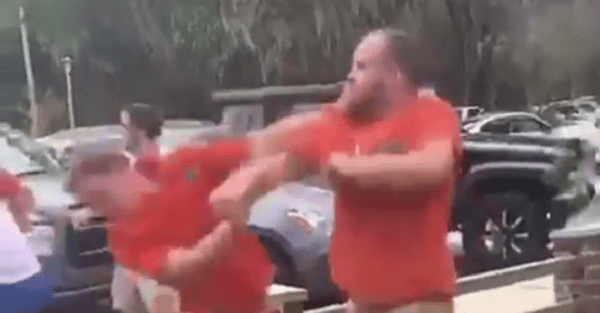 Florida was taking some losses on Saturday as it lost to LSU during Homecoming by an excruciating one point. It looks like some Gators had already taken a loss before the game though as they exchanged some haymakers with each other:

It looks like that is taking place somewhere on Frat Row in Gainesville, but that can’t be confirmed despite the Instagram’s handle. It’s bad enough that those two guys are fighting, but then some other people get involved and throw some of their own punches to make matters worse.