Less than a year after the Florida Gators went to the 2020 SEC Championship Game, played in a New Year's Six bowl game, boasted a Heisman Trophy finalist and the fourth-overall pick in the NFL Draft, head coach Dan Mullen was fired.

That's college football for you.

The Gators had lost 9 of 14 games since Marco Wilson threw that damn shoe against LSU last year. That included dropping four of their last five contests, and an overtime defeat at Missouri was the final straw for athletic director Scott Stricklin.

Mullen's tenure fell apart quickly for a variety of reasons. A 5-6 record is unacceptable at a school that has national championship standards. A coach saying he doesn't recruit in season, paired with the facts that his 2022 class was outside the top 40 nationally and he's failed to reel in five-star athletes like the Georgia Bulldogs' Kirby Smart or Alabama Crimson Tide's Nick Saban, certainly didn't help. He should have parted ways with defensive coordinator Todd Grantham after last season's atrocious defense. I could keep going, but I don't have to.

The bottom line is Mullen is out, and it's time for Florida to find a new head coach. Stricklin is looking for someone who can recruit and coach, as well as assemble a solid staff.

Stricklin said there are three things they're looking for in a new coach.

Says they want someone who can attract the best staff to recruit the best players.

There are numerous high-profile college football vacancies like the LSU Tigers (who are moving on from Ed Orgeron) and USC (who let go of Clay Helton), but Florida should instantly jump to the top of the list of most attractive places to coach for potential coaching candidates.

Here are seven coaches that make sense in Gainesville and three who absolutely shouldn't receive a call during the coaching search. Whoever the school chooses better be ready to beat Georgia, LSU Tennessee, South Carolina, Auburn, Texas A&M, LSU and Florida State.

Florida should absolutely check in on Lincoln Riley. He's been to numerous College Football Playoffs, can recruit and has a proven ability to coach. With Oklahoma's jump to the SEC looming (and a plethora of uncertainty regarding how they will do in the league), maybe he jumps to Florida.

RELATED: Lane Kiffin's Ex-Wife is the Daughter of an SEC Quarterback Legend

Lane Train, anyone? Kiffin has turned Ole Miss into the best SEC West team not named Alabama, plus he has Heisman candidate Matt Corral to boost his credibility. Florida could use an offensive-minded coach that has the big name to recruit in the SEC East. Plus, for what it's worth, Kiffin's first wife is the daughter of a Gator football legend. Bring Joey Freshwater back to Florida.

Perhaps no one's phone is ringing as much as Napier's. He's been impressive, winning at least 10 games each of the last three seasons. The only question here: is he ready for the pressure that comes with coaching at Florida? Jim McElwain sure wasn't. 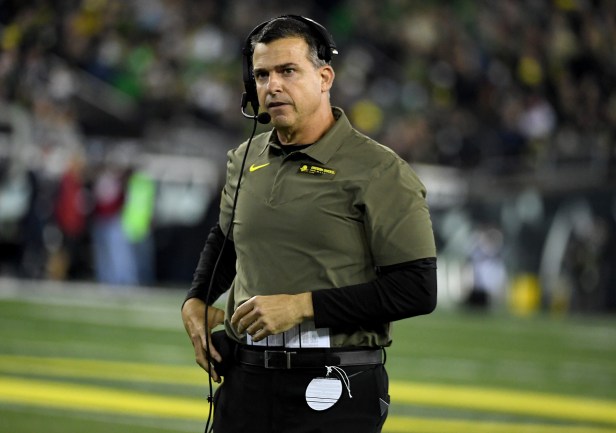 Cristobal has tons of ties to the South Florida and Miami area, a hotbed for top recruits. He's proved he can recruit five-star talent in the Pac-12. He coached under Nick Saban in the SEC. Cristobal would be a home-run hire if wanted to come back to the Sunshine State. I'm not sure Michigan State wants to give him that huge contract extension, and Tucker would be a fool not to head to a program like Florida. He's served as an assistant coach at Alabama, Georgia and LSU in the past. Would he head back south? 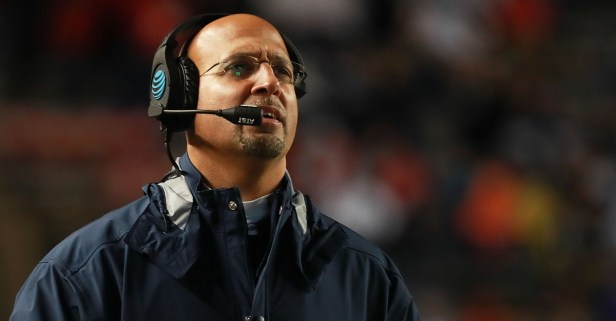 Maybe he feels his seat getting warmer in Happy Valley and decides to return to the SEC, where he miraculously found a way to win at Vanderbilt. James Franklin has three 11-win seasons in the Big Ten and could bring Florida back to national championship relevance.

Mark Stoops has won SEC Coach of the Year and proven he has a sharp eye for talent & can develop NFL-caliber players. He knows the state of Florida well from time coaching on the USF, Miami and FSU staffs. Why we think UF will look closely at the UK coach: https://t.co/lkU572ig4V

As college football reporter Bruce Feldman said, 'Mark Stoops has won SEC Coach of the Year and proven he has a sharp eye for talent & can develop NFL-caliber players. He knows the state of Florida well from time coaching on the USF, Miami and FSU staffs."

I wouldn't at all be surprised if the Gators gave his phone a ring. As for his brother...well...

3 Names Who Shouldn't Be Considered

Is #BobStoops on deck? I believe Dan Mullen will soon be fired, but I think it would be a mistake - unless the Gators can make a home-run hire like Stoops (and I'm hearing he might be interested). Here's my column after loss to Mizzou: https://t.co/gruQI0hKo4 pic.twitter.com/urFOVe4fSz

Does Bob Stoops even want to return to the sideline? Every time a coaching gig opens up, his name gets thrown around. What he did at Oklahoma was incredible and he was an assistant at Florida in the '90s, but c'mon. It's been reported he has interest in the job, but I'd hope Gator fans want someone who wants them.

All I'm saying is that Luke Fickell shouldn't be the first guy Florida calls. UF is a big, big job and there's no way Fickell, who spent nearly all of his assistant coaching career at Ohio State, is ready for the SEC. If Cincy somehow wins the national title, maybe we reconsider.

Urban Meyer hearing the news that the Florida, LSU, and USC jobs are all open. pic.twitter.com/9CsrvoirjI

Florida still has a good relationship with the man who brought two titles to Gainesville, but no. Just, no.

MORE: Dan Mullen Took His Wife's Breath Away When They First Met