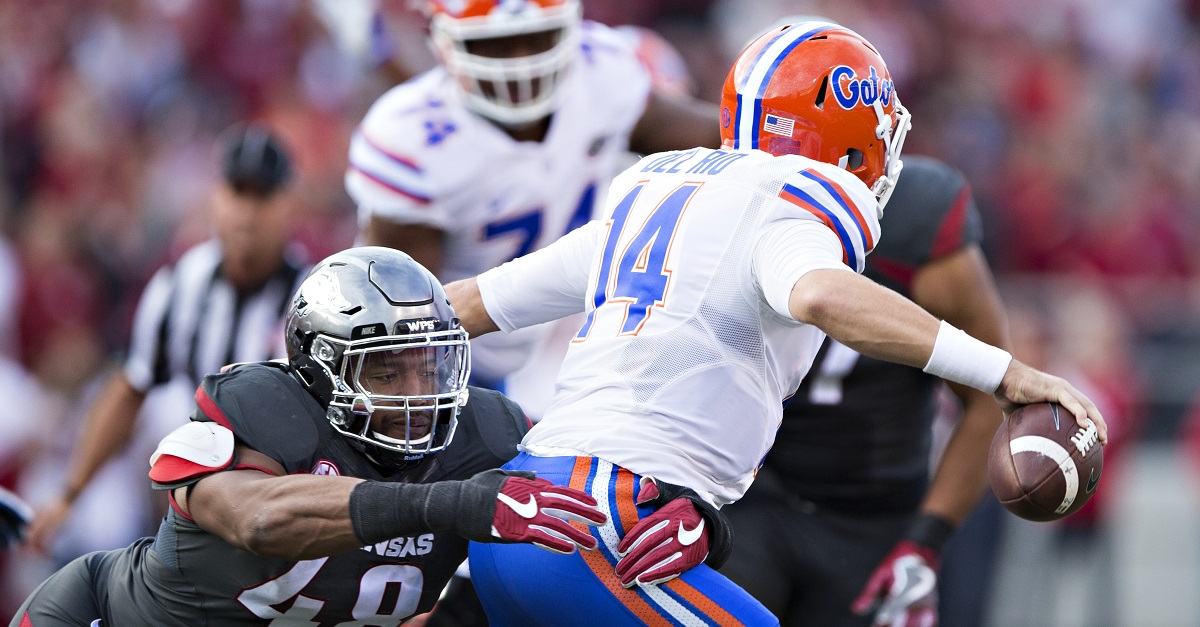 After a few weeks of watching Luke Del Rio struggle to make basic reads and simple throws, Florida fans have gotten ticked off and understandably upset. Many were calling for a quarterback change at halftime of the Arkansas game on Saturday and coach Jim McElwain even admitted that he thought about it.

It looks like McElwain won’t have to make the decision this week as an injury has done that for him.

The worst part is that everyone calling for a QB change at halftime would have been making the right call as Del Rio was playing through that injury in the second half.

McElwain said Del Rio played hurt. Said he should have made a change at QB at halftime.

That’s pretty disturbing coming from the head coach of the team. That shows a complete lack of faith in the backups and a disregard for Del Rio’s health. Now it looks like Purdue transfer Austin Appleby will get another shot at the offense.

McElwain said Austin Appleby will take the first snap in practice, but the freshmen will be involved in game plan. #Gators

At his weekly press conference, McElwain detailed exactly when the injury occurred:

That can’t make many fans feel good at all about any of the decision-making from Saturday’s game.

Florida hosts South Carolina on Saturday for Senior Day against the coach who recruited all those seniors in Will Muschamp.